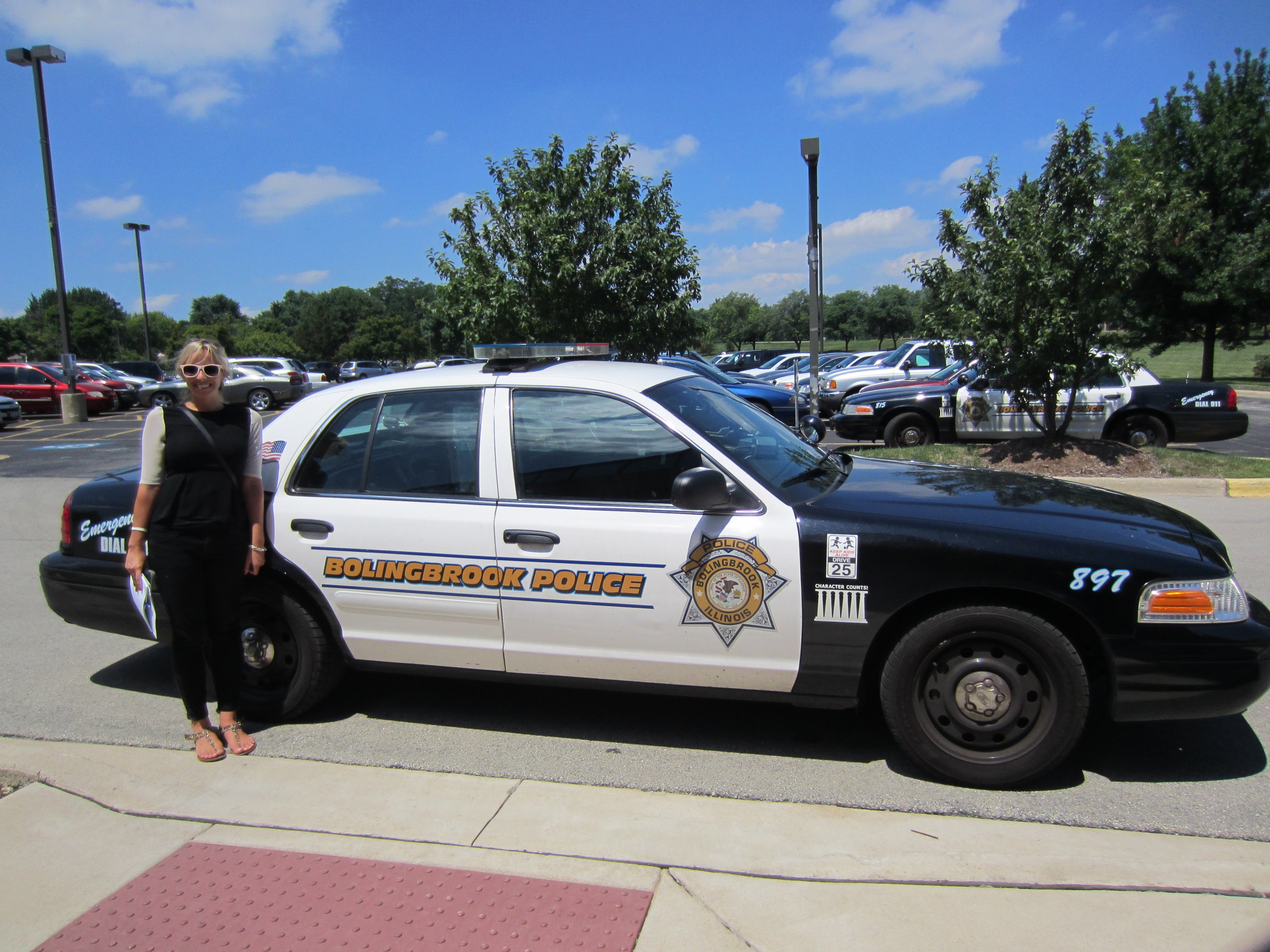 A Day/Night in the Life of a Police Officer

A Day in the life of a Police Officer

Day Shift 6am-6pm: “You just never know what to expect”

I had the privilege of riding first with Officer Higens. She's 1 of the 6 women working on the 113 member Bolingbrook PD. She works day shifts so her typical week is two 12 hour days  working from 6am-6pm, two days off. She’s the only female who works her shift besides her sergeant.

Once I pose with the police car for a couple pictures we’re off…around the corner to the back parking lot.  I didn’t join Ofc. Higens until 12:30 so she had already been on duty for 6 and half hours. At the beginning of the day shift, all officers report for role call at the station to go over which beat they’re covering for their shifts and anything pertinent that happened outside of their shifts or since they met last. After that officers are on their own to patrol their beats. By the way, the village is divided up into geographical areas called "beats" and each officer is accountable for that area during their shift. We’ll be covering Beat 5 today.

END_OF_DOCUMENT_TOKEN_TO_BE_REPLACED

Meet Our Technicians: The Experience Behind ChiComm

To date, I've interviewed and shared the unique stories of over 15 members of ChiComm's qualified service team. So it only seemed fitting to meet with the leader of the pack, so to speak. Emory Ludtke, III, is that leader. A leader who not only likes to preach that "Failure is not an option" but one who also says: "I'm in charge of supervising some of the finest radio technicians I've come across in all my travels around the world."

END_OF_DOCUMENT_TOKEN_TO_BE_REPLACED 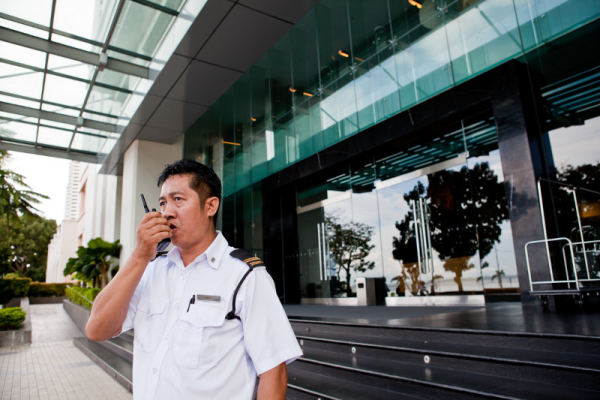 8 Reasons the Communication Industry is the Coolest!

Most people in the commercial world have little knowledge of the two way radio industry and how it works. I can relate to this because I used to be on the outside myself. Even just mentioning the word 'two way radio' to me, I would have probably said, "huh?" And there are days I still get asked what kind of company Chicago Communications is; I usually go for the same explanation when I answer. Two way radios are walkie-talkies, but not the ones little kids play with across their backyards or in the neighborhood woods. I'm talking about the professional kind that police officers use to communicate with each other while on duty, in their cars or in pursuit. But  it doesn't stop with police officers. There are many, many more uses for two way radios just like there are many more products and services available from ChiComm. Here are a mere 8 situations radios are used that reminded me just how "cool" it is to be a part of this industry.

END_OF_DOCUMENT_TOKEN_TO_BE_REPLACED 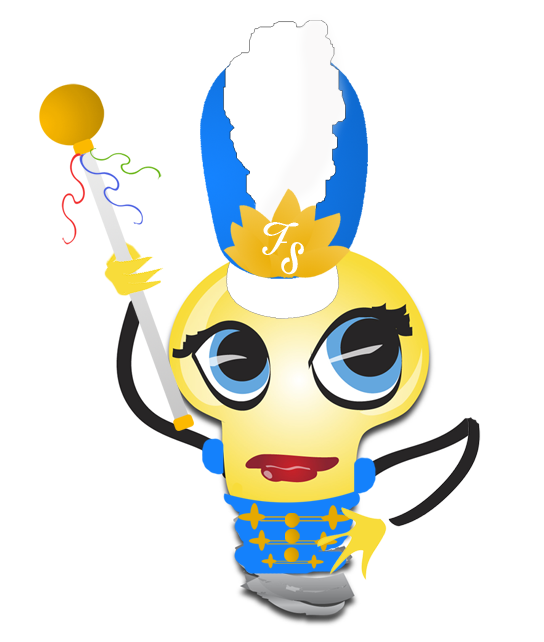 President Obama is a Huge Supporter of This Event

The Bud Billiken Parade: the oldest and largest African American parade in the U.S.

It’s 5 am on the second Saturday of August in Chicago. The roads surrounding a 2.5 mile area radius are being closed and soon people will start gravitating within that area, as the wheels of a grand production come into motion. Many months of planning and hundreds of hours of preparation have led to this day. Everyone involved has to be at a certain place at a certain time because they've only got one shot to get things right. This special day I'm describing is the annual Bud Billiken Parade that’s put on by the Chicago Defender Charities. The parade approaching us on August 10th will mark 84 years since its inception! Even though the parade itself has aged 84 years already, the event continues to thrive stronger than ever. It now boasts an audience of roughly 2 million along its route and is televised nationally on WGN-TV to over 25 million viewers. The Bud Billiken Parade has become the 2nd largest parade in the United States  and is known for having famous guest appearances such as (then Senator) Barack Obama, who served as Grand Marshal for 2 consecutive years.  But what’s most important to know about this parade is even after eight decades of existence, the mission behind the parade has always remained the same: “to improve the quality of life for African Americans through educational, cultural and social programs.”

END_OF_DOCUMENT_TOKEN_TO_BE_REPLACED 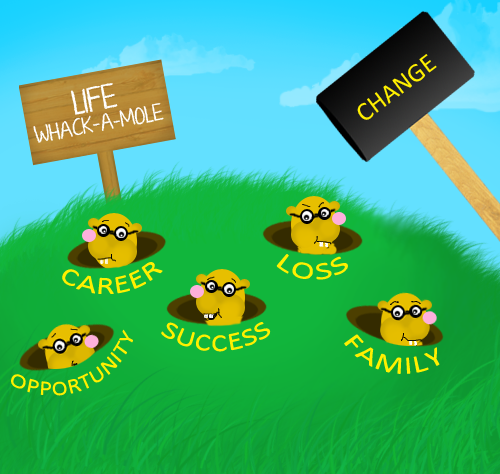 The Only Constant In Life Is...

Have you ever heard the saying, “The only constant in life is change”?  How true it is!  Kids grow-up (too fast by the way), technology changes (believe it or not there was no such thing as a laptop when I was in high school, and cell phones were not available to everyone), employees have unexpected emergencies that take them out of the office (for a while, or they move on to new jobs or retire) ... and somehow you have to learn how to not live in fear of change, but instead to anticipate it and keep it together through it all.  To say it’s a challenge is an understatement.  And it’s how you handle it that makes all the difference in the world.  You can panic and get frustrated or angry (which from experience, and trust me on this one, doesn’t make for a clear head for responding to the change) or you can take a deep breath and look at the change as an opportunity.

END_OF_DOCUMENT_TOKEN_TO_BE_REPLACED 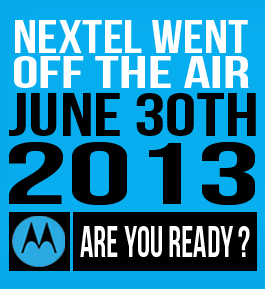 3 Ways to Benefit from Nextel Decommissioning its Network

Nextel's Network has been Decommissioned. What's Next?

A common concern we expect to hear would be: "So now that Nextel has shut down, what do I do with my trucks? The cell phone bills will kill me!!"

For those of you not in the know, Nextel shut down its operations at the end of last month. Sprint will be converting many of the current Nextel users to their Sprint network, while many will be left thinking, “I really don’t want to put cell phones in the hands of my truck drivers!"  So, Now what?!

The answer to that first depends on the coverage required to run your operations. Is it local to a town or County? Is it regional like Chicago? Is it area wide like Chicago and the surrounding collar counties or is it statewide? For all of those answers you have options. As you know you have the Cellular carrier. For those as fortunate you get a cell phone on the Sprint system or another, but your drivers are allowed to communicate ONLY when NOT operating the vehicle.

END_OF_DOCUMENT_TOKEN_TO_BE_REPLACED 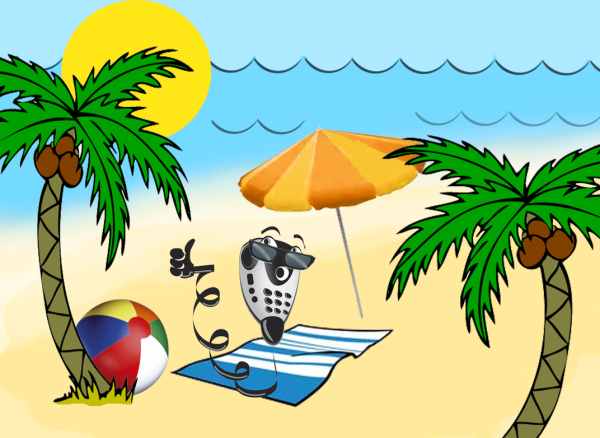 You’re at the beach, the Life Guard talks with another Life Guard down the beach, does he yell? No, it’s a two way radio used to speed up response times.

You’re at your favorite parade. Thousands of people, float after float, bands marching-- how do they keep it moving? How are they keeping the path secure? Two Way Radio!

How about the ball game? Security staff keeps the crowds in check with two way radios.

END_OF_DOCUMENT_TOKEN_TO_BE_REPLACED

A Wiser Outlook On Wireless Networks

Most of us probably have a wireless router in our house right now. 802.11a/b/g were the old standards, 802.11n is the current standard and 802.11ac is coming in the near future. You don’t know how it works, but you plugged in your wireless router when you picked it up from Best Buy (or your cable/internet provider), fumbled your way through it and low and behold-- you’re a wireless networking specialist! Congratulations. You’re not sure exactly what's happening on the back end, but your laptop at home works as well as your smartphone connecting to your WLAN to surf the web.

END_OF_DOCUMENT_TOKEN_TO_BE_REPLACED 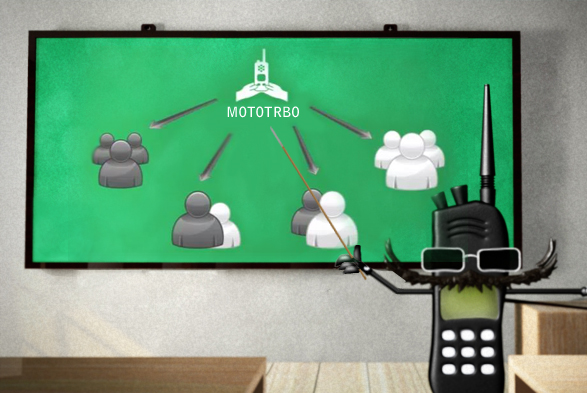 The Challenges of Connecting Communications Across Campus

Building radio systems for educational institutions usually presents itself as: the bigger the campus, the more complex the system. In elementary and middle school, facilities are typically smaller buildings with smaller campuses. As the kids get aggregated into high school the size and complexity of the building changes, not to mention the drastic differences experienced in the environment, too. Each city or district can be different, but it’s common for simplex radio to radio communications to suffice in elementary and middle schools.  Coverage is limited to the distance of the portables talking with each other. As we get into the High School level, coverage issues are typically encountered that require solutions to ensure communications.

High Schools, like many educational institutions, are built with brick and mortar. Along with that you’ll see the hallways lined with metal lockers. What a great environment for radio, right? Wrong. The materials used in schools, including some of the energy efficient glass, create some of the most challenging environments known to radio.

END_OF_DOCUMENT_TOKEN_TO_BE_REPLACED 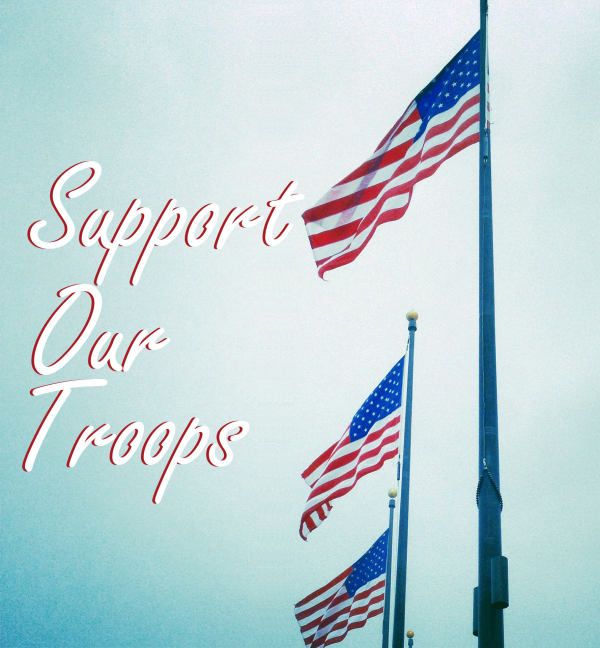 For the past 4 years now we've had the pleasure of supplying two way radios to an organization we're very proud to support. That organization, Operation Support Our Troops (OSOT), was founded in 2003 by Deb Rickert of Illinois. I recently spoke with Deb and she explained to me how the organization got started.

After the attacks of 9/11, Deb's oldest son went into the U.S. Military Academy at  Westpoint and afterwards joined the U.S. Army. Suddenly she found herself part of a military family, like many other families across the U.S. often do. The situation really opened her eyes to what military families go through, right away. She took note that there was always going to be a certain amount of politics and controversy surrounding the war but she wanted to make an honest effort to make sure those frustrations didn't get in the way of supporting those currently serving our country and those who have served already. She started by sending care packages overseas to troops that were deployed and in harm's way. The care packages were composed of a large variety of personal items, ranging from shampoo and soap to medical items and snacks--and can be different for each troop. Some units are in very remote areas where eating what they can on local economy isn’t much, and especially now with sequestration and cutbacks, they can’t get many of these things. The comfort/care package program took off quickly and became hugely successful in the years since then. 10 years later and the organization is approaching the 1.25 million pound mark of goods sent to troops serving! There are several other programs also run through OSOT that all focus on keeping the same message alive: not only do we still have troops that are serving overseas and across the world everyday but those that come home will also need our support more than ever.