Preparing for the Emergency Response Systems of the Future, Today 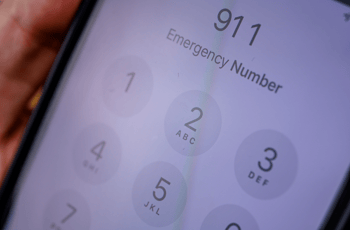 When people talk about the emergency response system of tomorrow, the predictions are breathtaking: firefighting drones, human-operated robots, real-time 3-D simulations, and more.

Some of that may sound like science fiction—especially given the budgetary and resource concerns facing public safety organizations. But there are sound emergency communications investments that departments can make today to prepare for tomorrow.

Let’s take a look at ways that public safety organizations can prepare for the emergency response system of the future.

Digital two-way radios are a must-have for public safety departments. One of the best ways for departments to lay the groundwork for the future is to switch from analog two-way radios to digital if they haven’t already. That goes for firefighters and police radio systems.

Importantly, today’s use of digital mobile radio technology, or DMR, to digitize voice communications converts the sound of a voice into the same kinds of letters and numbers as the data on a computer. That digitization process offers all kinds of benefits, such as allowing multiple conversations on the same radio frequency and better clarity.

The promise of next generation 911, or NG911, is exciting: Public Safety Answering Points (PSAPs) will gain access to updated wireless communications technology—including text, video, and enhanced location services—that bridges the gap between first responders and the communities that rely on them.

We’ve come a long way since 911 networks had to route callers based on telephone numbers. Today’s digital solutions include benefits such as true system interoperability, including

There are good reasons to anticipate and prepare for the arrival of NG911, with technology including

Not Yet Ready for Prime Time

As with most technologies, NG911 has challenges in terms of the technology itself, the need for new rules and regulations, and the cost of implementation for public safety answering points and telecommunications carriers.

Since Next Gen isn’t quite ready to be implemented, there is an option for 911 dispatch centers to take the first step forward by using geo-diverse technology. This solution is an IP-based emergency response system that enables agencies to receive emergency calls and helps to send the fastest, most appropriate emergency responders while easing the impact of major project upgrades that will be required later. This scalable 911 system solution is designed to withstand high capacity and the test of time.

911 Consolidation can be complicated, but the right experienced partner can simplify and streamline the process to help

Get Ready for the Future Today

Eventually, all 911 dispatch centers will have to make the big shift to Next Gen, in addition to making upgrades in police radio and emergency radio equipment. Tackling the shift sooner rather than later, and partnering with a vendor that offers custom solutions, including 911 consolidation, will help agencies to successfully transition and adapt.

The future, after all, is already on its way.