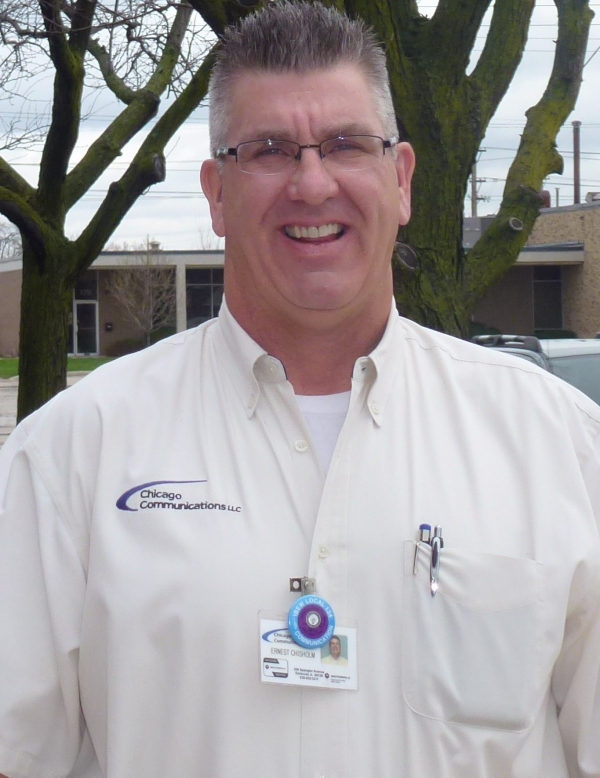 Spotlight on the Technicians: The Experience Behind ChiComm 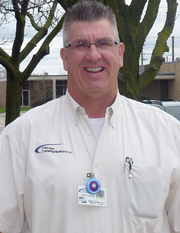 Communications. He may have only joined ChiComm's service team two and a half years ago, but combined with his other previous work he has 30 years of expertise in the communications & technology field.

Ernie's training started when he joined the U.S. Air Force in 1983, right after he graduated from high school. Beyond several weeks of Basic Training he also attended many different technical training programs while in the military that were specific for the assignments he worked on (electronic development, air traffic controls, and ground launch cruise missiles are some examples of subjects he studied). Ernie's official role was as a ground radio maintenance technician in the Air Force and he served this position for 10 years. This is where most of his 'globetrotting' comes in. As part of different military assignments he spent years living in foreign countries like Korea and Turkey, while spending other extended periods of time in Japan, Philippines, Saudi Arabia, Spain, England and several states across the United States. Most of his work in the Air Force involved tactical mobile communications which translates to being “the radio guy” in simple terms--and that's how he was known to the others he served with. As a technician in ground radio maintenance he worked on: satellite communications, LMR (two way land mobile radio communications similar to the equipment used at ChiComm), long range and high frequency communications and the encryption that makes all of those communications secure.

After leaving the service Ernie went to work for the Southern Bell phone company in Miami as a facilities technician (AKA a glorified cable splicer). To get an idea of what this work was like, Ernie explains: "As a technician you’d sit in a 'man hole' (a 6' x 8' underground area where splice cases are held) and some of the most enjoyable jobs were doing cable cuts from there. Between Miami and Miami Beach they had these bridges that were called causeways and over each causeway were huge pipes with a whole ton of telephone cable inside.  Every once in a while one would get caught. In between those causeways were islands, so when one got caught or cut the phone lines and everything would be out on a whole island. We would be working for two weeks to replace this one piece of cable that caused the outage."

After two years at Southern Bell Ernie moved to Oregon where he worked as the chief engineer of six radio stations.  As chief engineer he was responsible for seeing that “everything” was running properly, from the microphone that the disc jockey talked into, to the antenna system that broadcast the radio waves. Ernie built studios, commissioned transmitters, and tuned the radio stations through audio processing, which optimizes the signal for different genres of music. "At a radio station, everything is digital now anyway, but when I started working for them we were dealing with turn tables that were actually set in sand so they wouldn’t skip or jump. After those were out I put in mini discs, then it was cd players, and now it's all hard-drives. From 1995 until 2005 I built and updated all the equipment necessary for each of those transitions," Ernie explains.

Next Ernie left the radio stations to become a consulting engineer for his own firm. For five years he performed jobs such as building studios, putting in a closed circuit television system for a large corporation, building a digital production suite that was used for motion picture editing, and many more similar projects.

Last but certainly not least was Ernie's entrance at ChiComm. Since coming onboard as a technician, Ernie works on major installation projects that mainly involve dispatch consoles, 9-1-1 systems, and radio infrastructure. "Out of all the experiences I’ve had, this has probably been the coolest job. I love being out in the field working. Plus it’s a great company to work for with a great environment to work in," Ernie said.

Ernie has had a variety of great jobs throughout his life but for him, working with public safety and knowing his job is supporting police and firefighters makes working at Chicago Communications the best of all the rest. Ernie says, “I wouldn’t trade what I’ve done in my career for anything and I would do it all over again in a heartbeat. Everything I’ve done has led me to my position now.” The type of equipment Ernie has worked on in the past 30 years may have not always been the exact same due to switching jobs or improvements in technology--but the bottom line is Ernie's job has always been to build and improve communications systems and make them more reliable. It's a job he has done successfully in the past and one he continues to do extremely well today!

This article was written by Jill McNamara, Internet Marketing Coordinator at Chicago Communications. Jill has written all of the Meet Our Techs & Employee Spotlight articles for ChiComm's blog and continues to seek opportunities for articles relating to the wireless communications industry. If you'd like to submit a suggestion for Jill, Contact Us!