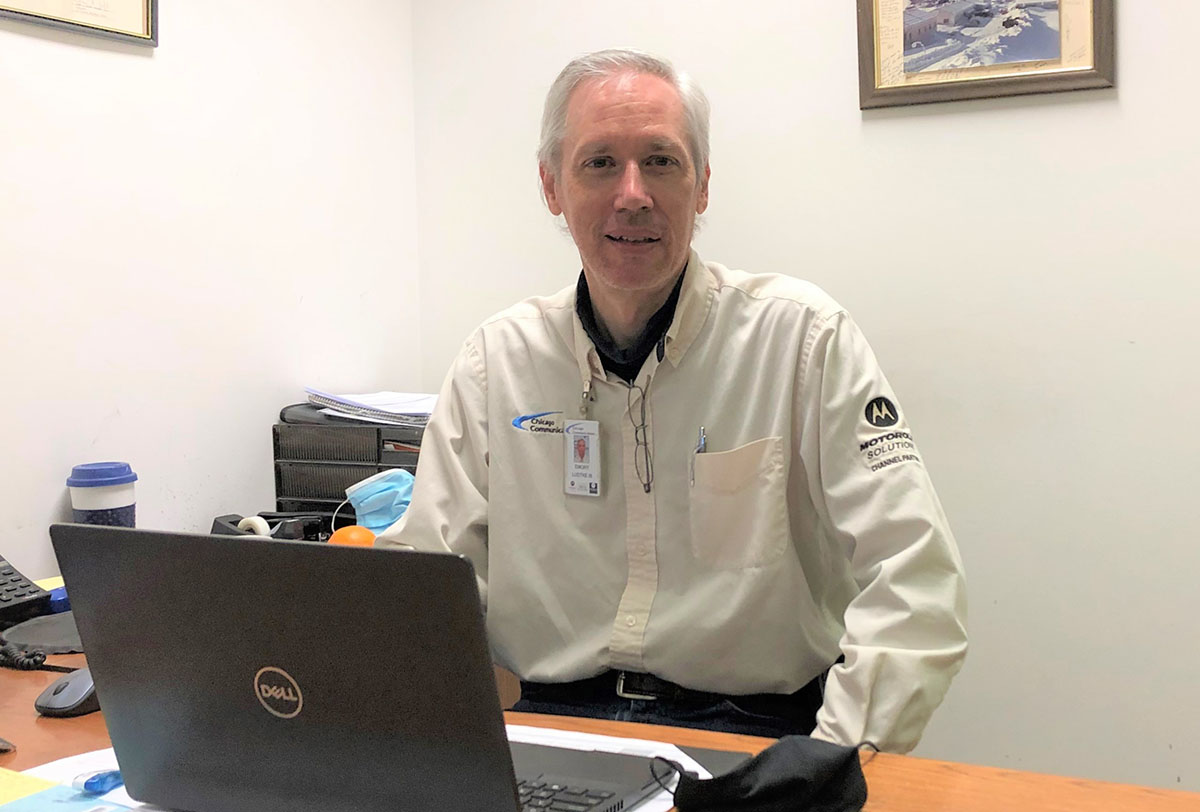 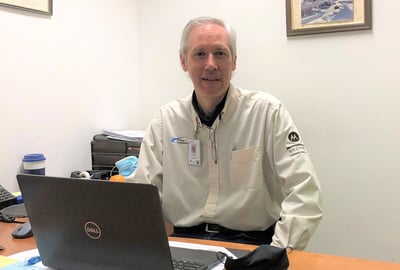 He has been with Chicago Communications for 30 years since the company acquired MetroCom in 1991.

Emory speaks with pride about the team of experienced technicians that he leads at Chicago Communications, calling them “the BEST co‑workers around.”

As shop supervisor, Emory takes personal responsibility for making sure that communications operate smoothly for every single client. “When you pick up the phone and dial 9‑1‑1, we are the ones who make sure that the call goes all the way through to an officer, or a firefighter,” says Emory. “Our job is very detail‑oriented, and we make sure that things are right for our customers. All the guys take pride in making sure that link is always there. We make sure it's there for them a hundred percent of the time.”

Emory grew up in Elgin, Illinois, and joined the U.S. Air Force before he even graduated from high school. After training in Texas and Mississippi, he was posted in Mt. Vergine, in southern Italy near Naples. Emory helped maintain a global relay site, transmitting and receiving messages from all U.S. military bases in Europe.

At the time, data was sent by teletype machines, as computerized communications equipment was in its infancy.

After Italy, Emory worked at Griffiths Air Force Base in New York where he installed communication, security, and surveillance systems. That’s where he got experience in preventative maintenance while repairing transmitters, receivers, transistors, and microwaves.

In 1990, after leaving the military, he quickly landed a job at a company called MetroCom that sold and serviced pagers, cell phones, and two‑way radios.

Chicago Communications bought MetroComm in 1991. And luckily, Emory was part of the package.

Emory started out as a technician maintaining two‑way radio systems. He mostly worked at Chicago Communications’ Chicago Loop location, and for the past decade, he has been the shop supervisor.

It’s a job he enjoys immensely because of the physical and mental challenges he encounters every day. He likes keeping himself and his team up to date with the rapidly changing technology in the communications industry.

"Technology has tremendously impacted my job,” says Emory. “Every day I read about a new product or theory in communications, and I have to be prepared for it. It really is exciting to see how the industry has changed.”

Leader of the Pack

What really keeps Emory motivated is the experienced team he leads in a shared mission of striving for top‑notch service. "I'm in charge of supervising some of the finest radio technicians I've come across in all my travels around the world," he says. “We've got a great crew. I've seen radio shops from around the world, and they can't hold a candle to our guys.”

Emory has plenty of tales from his three decades of work with ChiComm, and some of the stories that stand out the most are the unusual cases, where the team puzzled over a glitch in someone’s system. One customer’s system kept crashing because it was accidentally wired into a timer.

Another had a system that seemed perfect but it crashed at the exact same time every day. Emory finally posted a technician at the site to watch what was going on. “A train would pull up and block this guy’s microwave system,” says Emory. “As simple as that — just a train.”

When he’s not working, his favorite stress‑reliever is to visit a shooting range with family members, kids, or co‑workers.

Emory doesn’t need to travel far from home to find peace and quiet; he enjoys a pond right outside his back door. “I like just going down by my pond and sitting there and relaxing.”

Some of Emory’s proudest moments at the job are when he hears from satisfied customers. He recalls sitting down with a supervisor of a fire department who said, “I know when I hire you guys to come in and fix something, I'm getting a Cadillac. I know that you guys want to find out what's going on with my system; you guys will fix it.” 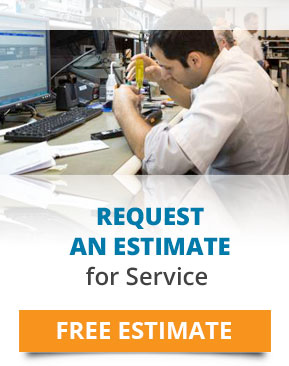 No two workdays are the same for Emory, and the job has stresses and challenges. But he says he rests better knowing customers are safe and communication problems are solved. “I like knowing at the end of the day that my team has done everything right,” says Emory.

“I do not ever want to hear a call from someone saying their communications failed and it caused some kind of grievous problem,” he says. “I am absolutely making sure my team has done everything to their ability and beyond to make sure everything's done right.”