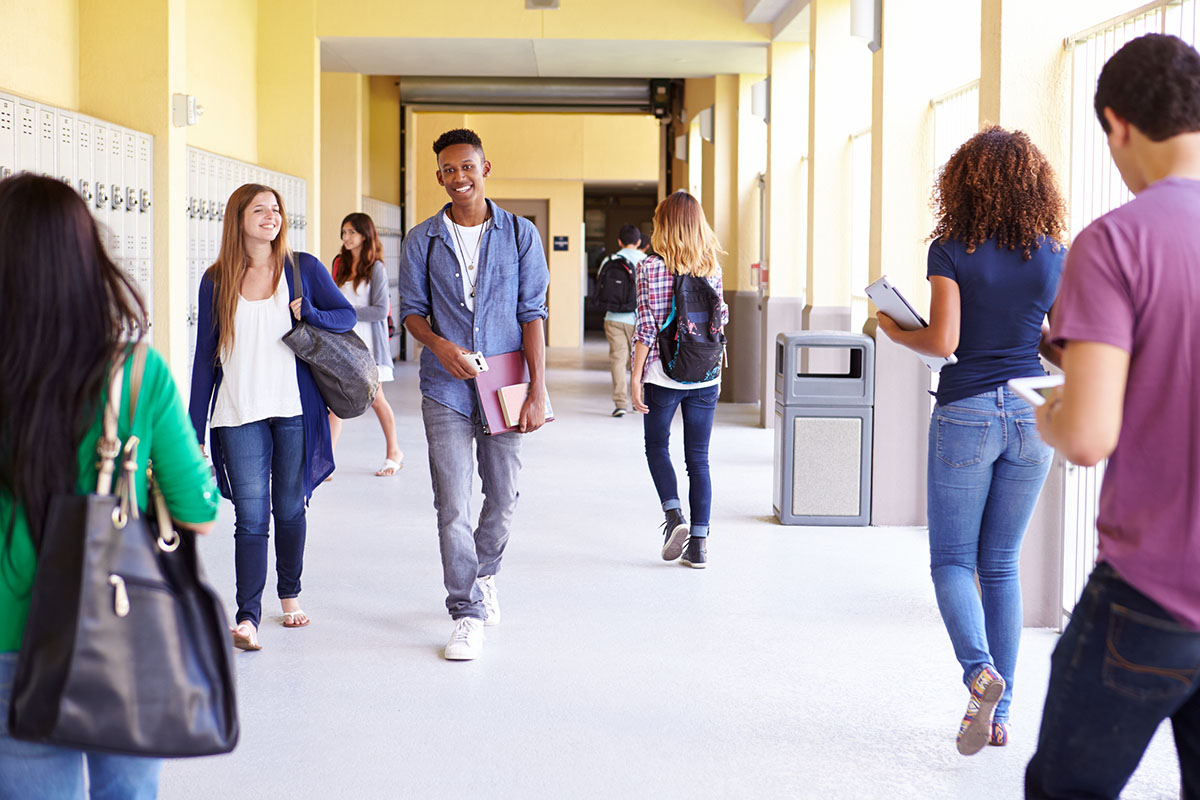 We all agree that keeping schools safe needs to be a priority for educators, administrators, and communities.

But not everyone understands or agrees on how to do that.

In our little corner of the world, we are excited about innovations in school security cameras, one piece of the communications and safety infrastructure that can make life easier for those charged with keeping students safe.

Not all safety incidents at schools involve guns, but some of our worst fears are that an active shooter situation could happen in our children’s schools.

And, unfortunately, these events are becoming more common.

According to an article in Education Week, school shootings declined during the early part of the pandemic, when many students were learning virtually. But there were a record number of school shootings in 2021 — 34 incidents — since most schools reopened for in‑person learning in August 2021.

“This is the worst nightmare a school district could ever face,” an Idaho superintendent told Education Week after three people were injured by a student with a gun.

I recently went back to school myself — at Motorola — to learn more about products like school security cameras that can help districts stretch limited budgets to provide more safety and security for staff and students.

These systems are so advanced, and they are changing rapidly. Stuff that we knew about five years ago and thought was the cat’s meow — well, it’s progressing way past that.

Cameras Are Part of the Picture

There are multiple components that go into creating a safer campus. For example, many school districts are still operating with outdated radio communication systems, aging or broken equipment, and a lack of ability to communicate among buildings or multiple locations.

Sticking a high‑end camera on top of every room corner won’t solve much. While they are working to address some of these shortcomings, a lot of schools are taking a holistic approach to build a communication system that works now and into the future.

They are choosing to install video camera surveillance systems like Avigilon. Cameras like this are the first line of defense against incidents.

And what makes these cameras most effective are the video management systems and signal distribution systems that get info out to the right people.

What Can School Security Cameras Do?

Well, first of all, cameras can be stationed anywhere where humans can’t be — and at times when personnel isn’t working. They can also provide images in real-time, or afterward, for law enforcement, administrators, or insurance folks.

And when potential wrongdoers see a camera in place, they are less likely to vandalize or do other damage to people or property.

Avigilon cameras are especially smart. They can do things like perform video analytics, and appearance searches, detect unusual motions, or recognize license plates. Video analytics can monitor and send alerts to people within seconds of detecting something.

And, of course, it’s super important to get word to the right people in time for them to prevent the worst from happening.

In a large school or district, one person might be watching a room with 50 video feeds. Their eyes cannot detect what’s happening on all of those. But you can set up parameters, so if one camera notices something, it can send out an alert.

A Tour with a School Resource Officer

I recently got to do a walkthrough with a school resource officer (SRO), to try to understand what could help them in their responsibility to make the school safer for the kids.

I was with one of our technical staff, and we toured every inch of the space to get a sense of where the cameras would be helpful. They gave us blueprints, and we found some issues with the blueprints. We had to see it in person to see that one camera was no use because it was blocked by a ceiling and another was right behind what must have been a 30‑foot evergreen.

I also learned that when students are in class, the door is locked. So, if a door is unlocked when it shouldn’t be, the camera could detect that.

If the school has experienced an issue or a threat from a parent or student, the cameras can be taught to recognize their faces or their license plates.

So as soon as that person drives into the parking lot or walks into the school, safety protocols are enacted — boom —  lock the front doors so the person can’t get in to do harm.

Even though going through a metal detector is routine for a lot of kids these days, some video surveillance cameras are able to detect the presence of weapons. So threats are stopped at the front door.

And when it comes to protecting schools from vandalism after hours, you’d be surprised how many vandals look right up into the camera after it triggers a light. Now law enforcement has a recording of their face — much easier.

Another more recent addition to the school safety landscape is the ability for schools to be linked into the local public safety system.

If someone in the main office hits an alarm, the 911 communications center knows it’s coming from the school, so they can send officers to respond immediately.

And because the school has an advanced camera and video management system, all the pieces are in place to defuse threats.

I’ve seen schools get grants to update their school security cameras and communications technology. That seems like a step in the right direction.

We’re all doing our part to stop the “worst nightmare” from happening.