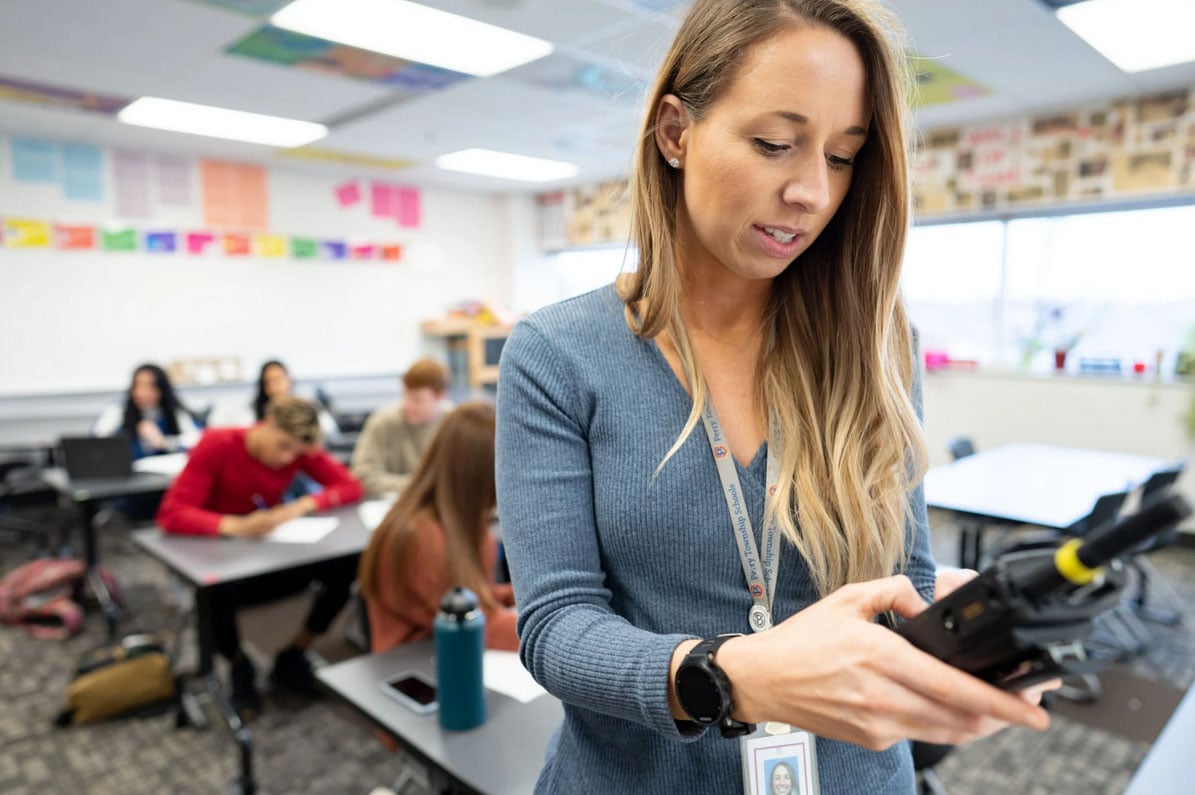 How Campus Communication Systems Meet the Challenge of School Safety 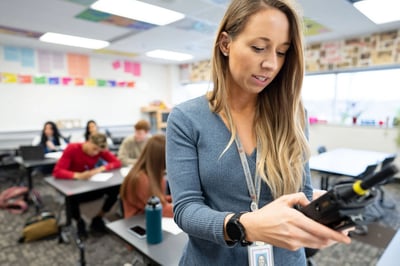 School security is always top of mind for district leaders and staff — and challenges are compounded when the campus is spread across multiple buildings spanning miles.

How do administrators, security staff, teachers, and other employees stay in touch on a day‑to‑day basis or in case of an emergency?

In two Illinois school districts — Barrington 200 and District 214, the second‑largest school district in the state — leaders, and staff have overcome communications challenges by utilizing a seamless communications infrastructure that provides safety and security — allowing them to focus on the success of students.

These are two examples of how to build a successful campus communications system.

The district faced problems with its communication system, including:

In a second phase, being implemented this summer, the district is looking to address the need for multiple technician visits due to staff turnover. Now the district is adding WiFi to all the radios, which means changes can be made without a technician on site.

In the future, the schools are planning to increase and upgrade the security camera system to one that can notify public safety directly and increase controls on the many school doors (more on that below).

“When it comes to the safety of our students, we could not have the reliability of our communications system in question. We needed equipment in place that could be counted on during any event, at any time of day. — Ted Birren, Director of Operations, District 214

Whether it’s in classrooms in one of the seven campus buildings, on the football field, in the gymnasium, or on the transportation fleet, leaders and staff at High School District 214 are charged with keeping more than 12,000 students safe so they can learn and grow.

Like District 220, District 214 sought help from Chicago Communications to create an integrated and seamless communications infrastructure that allowed them to focus on their mission.

District 214’s communications system was outdated, and radio fleet purchasing decisions were left up to individual schools. This compounded the challenges of staying connected across distance and platforms:

What Do These Solutions Have in Common?


Minding the Entrances and Exits

Because students and staff are in and out of buildings both during school hours and after hours, one significant step schools can take to increase school safety is investing in technology that can help monitor exits and entrances.

Some high schools have more than 100 doors, so using badges that swipe authorized people in is a costly option.

Some schools are choosing to install camera surveillance systems like Avigilon, which can monitor and detect movement from all angles, and send alerts within seconds to team members. In case of a school shooting or other life‑threatening emergency, seconds matter, and getting word to the right people can save lives.

Having top‑notch security systems in place also creates peace of mind for the people who work and learn in the buildings.

No matter what the size of the campus or school, The goal is to create a home away from home for students — a place of belonging and safety.