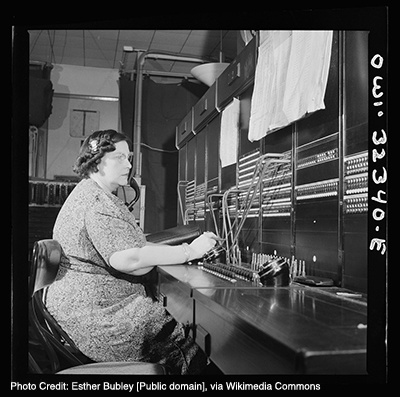 Wireless Communications and the Evolution of Manufacturing Technology 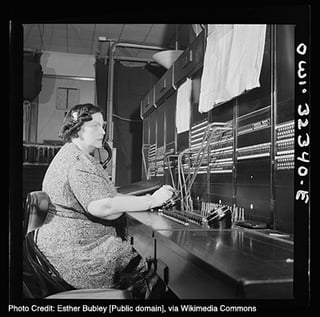 It’s hard to imagine now, but manufacturing technology used to refer to the handmade tools people used in their homes to produce their own food, clothing, furniture and everything else they needed for daily life.

At a time in history when we can have almost everything we need delivered to our doorsteps in less than two hours, that seems like a million years ago. Thanks to increasingly rapid advances in manufacturing engineering technology being driven by innovation in wireless communications, the world has changed more quickly than our ancestors could have dreamed.

For you history buffs, let’s take a look at how wireless communication is tied to the evolution of manufacturing technology.

From the Industrial Revolution...

As all of us watching the industry know, the same phenomenon has been happening in manufacturing technology for decades. According to the Bureau of Labor Statistics, between 1987 and 2017, manufacturing output in the United States increased 166 percent, while employment during the same period employment fell from 17.5 million to 12.4 million workers.

Before the Industrial Revolution, it was manufacturing that paved the way for communications advances such as the telegraph. Today, one could argue that wireless communications is leading the charge.

...To the Industrial Internet of Things

According to ABI Research, growth in the IIOT will continue to accelerate, and the firm estimated that the Industrial IoT market would add “more than 13 million new wireline and wireless connections worldwide in 2017 to an installed base exceeding 53 million connections.”

Benefits of the IIOT are many, including:

Wireless technology powers the ability for machines to transmit data to each other and to people on and off the factory floor. Thanks to wireless, almost any device in any place can be network-enabled and transformed into a data-generating, well, machine.

As the IIOT and other technology allows manufacturing facilities to become more sophisticated, their wireless communications needs evolve as well.

Wireless and Manufacturing Then and Now

Before today’s technological strides in hardware and software, communications in manufacturing was in the dark ages – almost literally. The harsh environments of the factory floor, infrastructure challenges and far-flung locations meant that networking capabilities were constantly limited. And interference hampered reliable radio communication.

Today, hardware has been ruggedized, radio transmitters have been strengthened and antennas boosted. Routers and switches, storage devices and servers have all gotten upgrades. WiFi phones for manufacturing and other technology allows signals to be boosted for machinery and other warehouse equipment. Given these gains, wireless is at the heart of manufacturing innovation.

Two-Way Radios Are Still on Top

The theme for the evolution of manufacturing technology is stronger, faster and more efficient, and that goes for two-way radios, too, which are still the dominant form of communications in the industry.

Here are some of the survey’s key findings about two way radios and manufacturing:

According to the survey, the two-way radio features that are driving data gathering and business intelligence include:

As with all other industries and in our home lives, the reliance on wireless technology in manufacturing has bolstered our security defenses and made us more vulnerable.

On the positive side, technology such as IP video is helping us monitor and protect warehouse equipment, facilities and people. And the safety features and applications in two-way radios such as Lone Worker and Man Down are making workers safer.

Preparing for the Future

Fortunately, manufacturing engineering technology programs are positioning themselves to train the next generation of workers with public-private partnerships and high-tech education facilities. Unlike the generations before them, young manufacturing leaders are so-called digital natives who have never known a world without automation and advanced wireless communications at their fingertips.

Part of the challenge is to shift their expectations about what manufacturing careers are like, erasing the idea that all plant floors are dirty and antiquated. Events like the annual Manufacturing Day are going a long way to engaging everyone from high school students to young professionals and showing them what modern-day manufacturing is really like.

The Future is Now

Looking back at the past is the perfect reminder for how far the industry has come. Wireless communications will continue to power the evolution of manufacturing, and the only question is: Are you ready?

To get the technology your staff need for critical communications, contact Chicago Communications today.