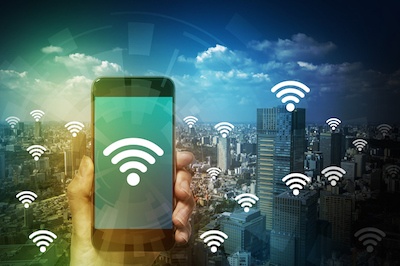 What Does WiFi Stand For? 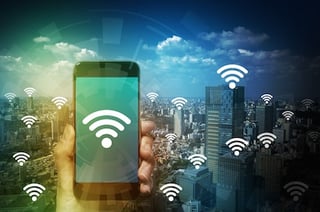 What does WiFi stand for? Well, everyone knows that. It stands for wireless fidelity. Right?

Wrong. But good guess! It’s a misconception that has been plaguing the ubiquitous term since its very beginning. In fact, few things that are so widely used are as widely misunderstood in terms of naming.

What does WiFi stand for? We bet you’ll be surprised.

Let’s go back to the beginning. Before wireless came along, the Institute of Electrical and Electronics Engineers (IEEE) had success in defining standards for Ethernet technology through a committee called 802.3. To do the same for wireless, a separate committee called 802.11 was established.

The process was a long one, and in 1999, six companies joined forces to form the Wireless Ethernet Compatibility Alliance (WECA) to streamline standardization for the emerging industry.

Once they had everything in place, they just needed a consumer-friendly brand name and logo for their efforts because, let’s face it, “IEEE802.11b compliant” wasn’t going to be a winner.

According to Phil Belanger, a founding member of the Alliance, they hired brand consultancy Interbrand “to come up with the name and logo that we could use for our interoperability seal and marketing efforts. We needed something that was a little catchier than ‘IEEE 802.11b Direct Sequence.’

“Interbrand created ‘Prozac,’ ‘Compaq,’ ‘oneworld,’ ‘Imation’ and many other brand names that you have heard of. They even created the company name ‘Vivato.’”

Thanks to Interbrand, Wi-Fi – and its corresponding yin yang-inspired logo – was born. The official trademarked term is “Wi-Fi,” and the Alliance only uses and recognizes it written that way. For the rest of us, “WiFi” and “wifi” are commonly used as well.

‘Wireless Fidelity’ is Not a Thing

The way that Belanger and other original members of the group tell it, Wi-Fi was chosen from a list of 10 options from Interbrand that also included names like “FlankSpeed” and “DragonFly.”

At the time, the term “Hi-Fi,” short for high fidelity, was becoming popular to describe high sound quality in speakers and televisions.

The public was already familiar with the similar term, and group members agreed to go with Wi-Fi. Except that some in the Alliance were worried that they needed a literal definition for their catchy name, and a tagline was later added that only added to the confusion: “The Standard for Wireless Fidelity.”

The tagline was eventually dropped, and Belanger, for his part, would rather that people forget all about it. But the damage was done. Which is why when you ask early adopters, “what does WiFi stand for?” they answer: “wireless fidelity.”

Role of the Wi-Fi Alliance Today

WECA is now the Wi-Fi Alliance, and while its mandate has evolved over time, its mission has remained much the same. Its vision statement says it all: “Connecting everyone and everything, everywhere.”

Membership has grown from the original six – Intersil, 3Com, Nokia, Aironet, Symbol and Lucent – to include hundreds of the largest tech and telecommunications companies in the world. Consumers and companies can search the site for Wi-Fi certified products in eight categories.

So What Does WiFi Stand For?

Now you know the truth: nothing. It wasn’t intended as an abbreviation, people just liked the sound of it.

So the next time you find yourself cursing poor connectivity or wishing you knew how to boost WiFi signal, take a deep breath and be grateful you aren’t looking for a way to extend your IEEE 802.11 range (but to learn about how to extend WiFi range, click here).

Did you think WiFi was short for "wireless fidelity?" We'd love to hear your thoughts –  leave a comment below!