In both emergencies and daily life alike, updated communications systems are mission critical to saves lives, protect property and preserve 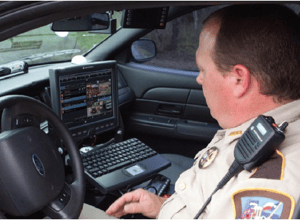 Public safety agencies and first responders rely on strong communications for today’s needs and as they prepare for the exciting future promise of Next Generation 9-1-1, or NG911, to catch up to consumer technology. All while they’re battling budgetary and resource constraints.

As technology continues to evolve, both in public safety and beyond, the importance of updated emergency communications equipment becomes even more clear.

Ask anyone in public safety communications for a real-life example of why updated emergency equipment is so important, and they will likely mention Hurricane Katrina.

During the response to Hurricane Katrina, the coordination of rescue efforts by the Federal Emergency Management Agency, or FEMA, was severely hampered by agencies’ inability to communicate. Telephones and most mobile phones were inoperable due to power failures, line breaks or damaged base stations.

The lack of operable emergency communications equipment limited operations across the board, including the monitoring of conditions in the field, response coordination and the ability to get working phones to FEMA employees on the ground.

It’s been a valuable lesson moving forward: Having updated communications systems in place, as well as planning procedures and robust training for personnel, can avoid calamities like the breakdown after Hurricane Katrina.

The Future of Two-Way Radios

Two-way radios, particularly digital two-way radios, will continue to serve as the backbone of disaster response and emergency communications.

That’s why it’s so important that the devices used by public safety, particularly police radios and radios for firefighters, are updated, properly set up and maintained so that they’re ready to meet the demands of the future.

One piece of good news for cash-strapped agencies is that investing in high-quality radios upfront will save money on maintenance and repairs over time. Less expensive radios may be tempting because of their low cost, but they generally don’t last as long and don’t have as strong of a track record of reliability.

It’s also key that personnel using radios are properly trained – not just once but on an ongoing basis – and that users are aware of basic troubleshooting tips and radio best practices. Too often, radios are unnecessarily sent for repairs because people aren’t using them properly or have them paired with the wrong set of accessories.

Personnel should also be trained on the right police frequencies for the department and a working knowledge of the frequency scanner. They should also be aware of moves by departments to encrypt emergency radio traffic to avoid making transmissions available to the public.

Finally, perhaps the best way to prepare for the future of radios is to make the switch from analog to digital. Digital radios have more features and functionality, wider range and interoperability. For departments or agencies not ready to transition an entire fleet of radios at once, there are devices available that operate as both to allow for a gradual shift.

Across the country, more municipalities are shutting down their standalone dispatch centers in favor of centralized, consolidated centers that serve an entire region of public safety agencies.

The consolidation trend offers a number of opportunities for upgrades and communications equipment updates. The new central locations need new dispatch center equipment appropriate for a large-scale response operation, and the municipalities that are affected need new devices to keep up.

As departments upgrade their radios and accessories, many of them offer their existing equipment for sale: What’s old to them can be new to someone else. It’s a valuable opportunity for smaller departments, in particular, to get pre-owned top-of-the-line equipment for less.

For reasons ranging from community relations to evidence gathering, one of the fastest-growing trends in law enforcement is the use of body-worn cameras for officers.

In 2014, the federal government announced a plan to put 50,000 more cameras on officers around the country, and a pilot program in New York City is aimed at gathering data on the impact of cameras on policing.

Given the prevalence of the technology, it’s worth investigating whether cameras should be part of your agency’s communications equipment strategy and planning.

In terms of what to look for when choosing cameras, keep an eye out for durability, versatility, ease of use and features.

Technology is constantly evolving, with new equipment, accessories, features and functionality becoming available all the time. It can be difficult for even the largest and most well-funded agencies to keep up, but that doesn’t mean there aren’t immediate steps that departments of any size can take to prepare for the future.

One of the best strategies is to keep in mind the mistakes of the past, the promise of the future and the creative opportunities of the present.