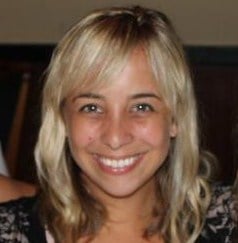 Telecommunications: A Look Back at 1983

A Slice Of ChiComm's History 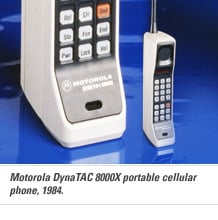 We all know technology has come a long way in the past few years, especially with cell phones. Looking back nearly 30 years and you’re talking giant leaps for mankind right? Let’s take a look back at the year 1983. Do you remember what life was like? Cultural Highlights of the year include: the final episode of MASH airs, McDonald’s introduces the McNugget, President Ronald Reagan announces that the Global Positioning System (GPS) would be made available for civilian use, & in the Communications world, the first 1G network was launched in the USA by Chicago-based Ameritech,  using the Motorola DynaTAC mobile phone. The last bit was extremely influential to ChiComm as a service center for Motorola then and it made business boom, to say the least. ChiComm would get anywhere from 40 to 70 customer visits per day for mobile phone installs in cars. And that was before the mobile telephone service had even been officially launched. ChiComm had worked with Illinois Bell for the 2 years prior to the mobile phone launch with a trial system to test and run repairs in the Chicago area as well.

October 13, 1983 was the day history was made. ChiComm installed the cellular systems in 15 vehicles that were taken to the parking lot at Soldier Field. Former Cubs announcer, Jack Brickhouse, gave the play by play of the event. 15 technicians competed in a foot race 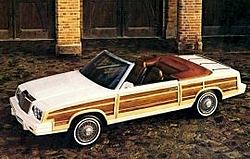 contest to be the first to insert a NAM card into the transceiver in the trunks of these vehicles. Once finished they would signal to the driver/owner of the car to dial the call.  The first cellular mobile phone call was made possible by Chicago Communications courtesy of Ameritech Mobile Communications from executive Bob Barnett in his Chrysler convertible.  After the Official launch, Ameritech mobile telephone service went live, which unleashed some chaos in the communication business. ChiComm, which was Motorola's Preferred Service Provider for Two-way radios, also became an installation facility. The building at 955 West Madison in the Loop was built and designed with the purpose for the installation of the new available mobile phones. Cars would line up around the block waiting to get a phone installed in their car.  Remember there were no portable cellular phones for purchase at this time, so having a phone in the car was the most cutting edge technology.

Keep in mind back in ’83 when installed cell phones were in their primal days, they cost $3500 each, plus it was another $50/month to activate service, plus 50 cents each minute the phone was used plus at least $350 to be installed! So it wasn’t average citizens coming for installs, the crowds coming were elite, private business employees, CEO’s, doctors, lawyers,etc. Still, the installations increased up to 100 per day and the demand continued. ChiComm hired numerous service technicians to keep up. The rest of the decade was filled with continuous upgrades, improvements and evolution across the industry.

Chicago Communications has always been a partner with Motorola since our inception in 1953. And because of this relationship and our reputation we were able to play a role in helping launch the cellular network. We partnered with Motorola during the early days of radio and during the cellular boom and have partnered with them on the current products and services available today. The value of our partnership is the ability to constantly move forward as the industry changes and how we value our relationship with our customers.