For public safety agencies and first responders, emergency radio literally saves lives. But what happens when criminals use public access to 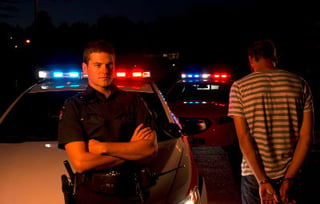 radio traffic against them?

Thanks to frequency scanner technology and other updated emergency communications equipment, police frequencies and other public safety traffic is largely accessible to the public.

But more jurisdictions around the country are rethinking that openness and turning instead to emergency radio encryption. Let’s take a look at both sides of the issue.

The Case for Encryption


Agencies that have encrypted their emergency radio traffic typically site safety and privacy concerns as the reason.

In a 2016 report, “Considerations for Encryption in Public Safety Radio Systems,” several agencies, including the Department of Homeland Security, make the case for encryption, saying: “Encryption can significantly decrease the possibility that sensitive public safety information can be used to impede effective emergency response or jeopardize the safety of life and property.”

Opponents of encryption, including two-way radio enthusiasts, members of the news media and advocates for public safety transparency, say emergency radio traffic should remain “in the clear,” or open to all.

In addition to addressing accountability concerns, they say providing open access to public safety communications helps the public’s ability to track and identify suspects and spread the word about emerging situations.

They say public safety agencies could use encryption for certain situations – SWAT operations, for instance – rather than for all calls.

As both encryption technology for emergency radio traffic and scanning equipment becomes more sophisticated and affordable, the debate will continue to rage on.

Which side of the debate are you on?