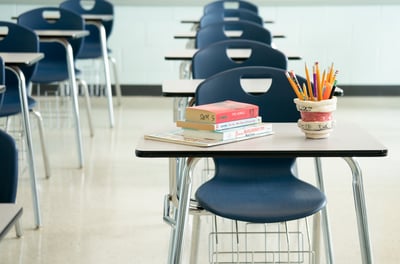 New studies show declines in school crime nationwide. While student safety is far from guaranteed, this is positive news when it comes to education, and it may be the result of improved security made possible through communications equipment. Here, we take a closer look at the new statistics and the role of technology.

According to the National Center for Education Statistics, between 2001 and 2017, the percentage of students ages 12 to 18 who reported being victimized at school during the previous six months decreased from 6% to 2%. During the same time, the percentages of students who reported theft and violent victimization decreased from 2% to 1%. And, less than one-half of 1% reported serious victimization, which includes rape, sexual assault, robbery, and aggravated assault.

In further good news, the percentage of students who reported being bullied at school decreased nine percentage points from 29% in 2005 to 20% in 2017.

The role of security

In reflecting on these statistics, the 74, a non-partisan news site covering education in America, noted that the decreases may be associated with the fact that schools are more secure now than they were 10 years ago, thanks to heightened security measures. The source reports that:

Indeed, cameras are among the many communication tools that can make a measurable difference in improving school security and ensuring student safety. Video surveillance in schools can:

In addition, having cameras sends a message to staff, students, administrators, parents, and tax-payers that a school prioritizes safety and is taking active measures to keep people safe.

Two-way radios are another useful tool for reducing school crime. Better than cell phones, two-way radios have enhanced durability and reliability for ensuring safety. In addition, these devices offer:

In addition, a communications technology that can reduce school crime is a distributed antenna system, which can eliminate dead spots and poor coverage areas, ensuring that people throughout the school grounds or campus can always get through.

Finally, a security tactic that communications technology can make possible is in regard to school behavior. Through ChiComm's partnership with CloudCover, schools can use content filtering devices on student equipment that can search for keywords surrounding cyberbullying, and alert authorities about possible safety issues. ChiComm can also install a tamper-proof agent on all machines so students cannot bypass the gateway via a proxy.

Greater awareness and improved safety protocols and policies are making a slow but positive impact on school crime rates. An effective communications technology plan adds to these strategies, ensuring grounds are monitored, staff and administrators can instantly connect, and there is reliable coverage throughout the campus. To learn more about the power of communications technology in education, browse our blogs. And to learn more about the advantages of two-way radios over cell phones, download our free ebook.