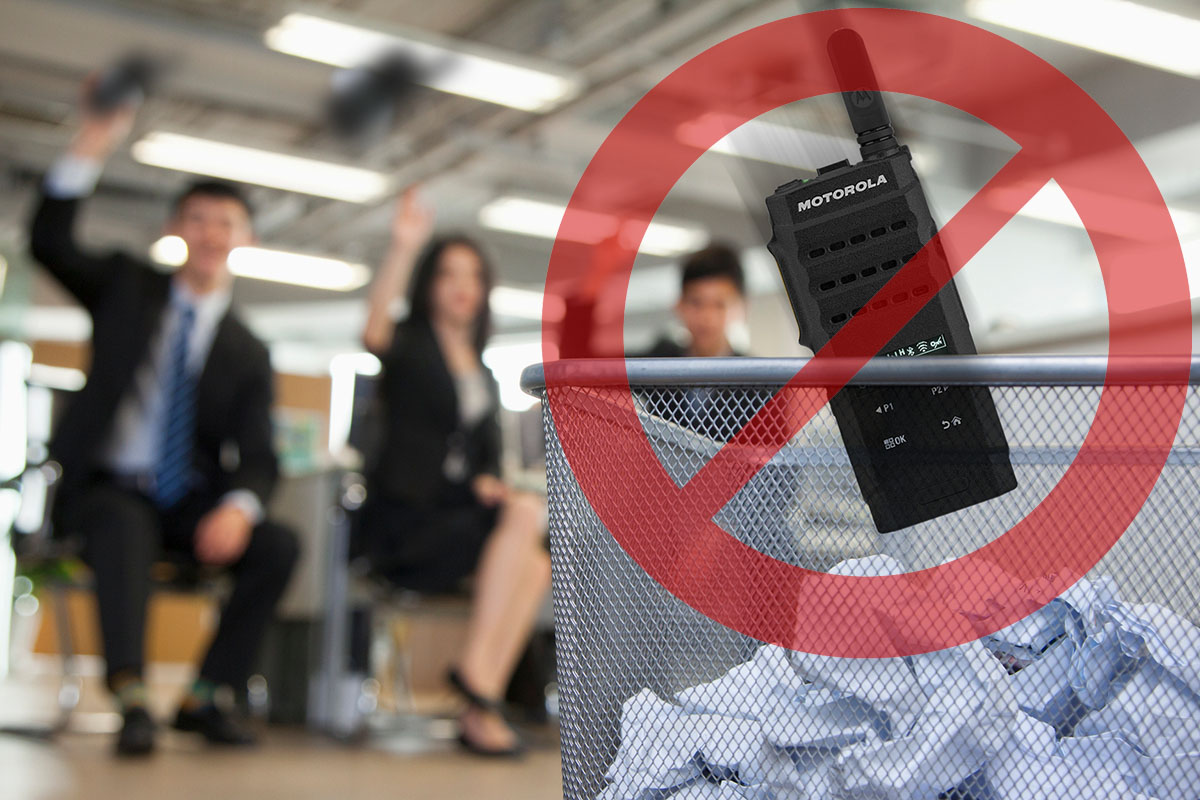 If It’s Broke, Fix It: A Guide to Two-Way Radio Service 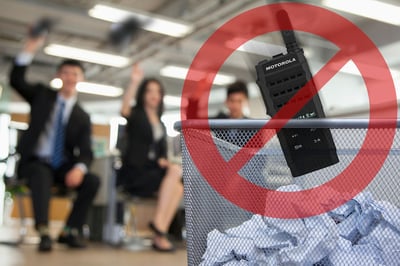 What if it is broken, and it’s a two-way radio that is essential to your daily work?

As people slowly trickle back into their workplaces after a period of remote working, some of them are finding their radios aren’t operating the way they want. The batteries or chargers are dead, or the charge won’t last through a normal workday.

These are serious problems in many settings.

So what do you do with your broken radios?

Obviously, if it is broken, you want to try to fix it — or more likely get a qualified technician to diagnose the problem.

What are some of the steps you can take to determine what’s wrong with an ailing radio?

Normally, radios have anywhere between a 2- and 5-year warranty, depending on the model.

If it is older than the warranty, you might want to look at upgrading it. But if it’s a newer radio and still under warranty, then absolutely you want to have it fixed.

But let’s talk through what you should look for before sending it off to your two-way radio service provider.

Step 2: Check the Batteries and Antenna

The two most common issues are with batteries and antennas.

Batteries need to be replaced. If it's the battery, you might be charging it and finding that you’re only able to use it for an hour or two, and then you have to charge it again — that’s a battery issue.

There are a few situations where your antenna might need to be replaced. Sometimes the antennas just screw into the radios, and the connection loosens up — it just needs to be screwed back in. Or if the radio was dropped, the antenna might have gotten damaged or nicked.

What if the reception or transmission is bad, even while the battery and antenna seem to be operating?

It could be that somewhere your frequencies have gotten misaligned, or someone has done something to the radio to try to program it. The radio might not be on the right channel. Sometimes it’s an easy fix.

And other times, your radio needs to see a doctor — a professional technician.

Step 4: Call or Email Your Provider

Some of us are more tech savvy than others.

And some problems need to be fixed by experienced technicians in a shop. If you have a service issue with a radio, that’s the time to contact your two-way radio service provider.

They’ll talk to you about what’s going on, either on the phone or via email. Or you can fill out a form.

If you determine together that it needs to be looked at, they’ll just send you a label, and you ship it off to our technicians to evaluate it.

What Happens When You Send Your Radio In?

Now, it’s in the hands of people with years of experience troubleshooting these types of issues. First, they evaluate the radio. If the service department sees that it’s an older radio and it’s not fixable and probably better to replace it, then the salesperson would send a quote for a new radio.

But rest assured, we want to save all the radios that are fixable. There’s always an assessment, and then a conversation.

It’s also important to give as much information as possible to the service department about what happened to the radio. For example, Motorola’s warranty for mobile radios doesn’t cover repairs if the radio has been dropped or been in water. And they can tell by looking at the radio.

So forget about putting a wet radio in a bag of rice to dry it out. It’s not going to make any difference, and you can forget about that warranty.

In newer radios, there are a lot of things that can be replaced. That’s good news for cash-strapped public safety entities that are often using expensive top-of-the-line public safety radios.

Cases are replaceable, for example. There’s no reason to replace a radio just because the case got damaged. It’s just a matter of checking over the rest of the radio to see what’s wrong, and if it’s nothing else, we order a new case.

We partner with Motorola for a reason. If something is wrong with the inside of your radio, we’ll send the radios on to Motorola’s excellent service department.

They are really good at what they do.

But there is a limit to what any technician can do with older models or discontinued lines. The parts might not be available to fix the radio

What If My Radio is Discontinued?

For example, the Chicago Public Schools were using Vertex radios. But Motorola discontinued the Vertex line. When they break, we have to replace them with a different radio.

If we do that, we also need to make sure that the old radio and the new radio are going to talk to each other, that they're going to be able to be programmed on the same frequencies.

When you're going from manufacturer to manufacturer, it's hard sometimes. Motorola radios aren't necessarily going to communicate with other brands, so you want to try to stay within the same brand and the same frequencies.

You might not think that it can be complicated, but sometimes it can be.

If some of your radios are getting fixed, the most important thing is to make sure you’re covered by having backup radios and fully operational communication technology.

When public safety is in danger, as we have seen too often recently, we cannot rely on cell service in emergency situations.

Two-way radios are some of the most important tools we have.

So let’s make sure these important tools are operating optimally at all times, so we can, too.