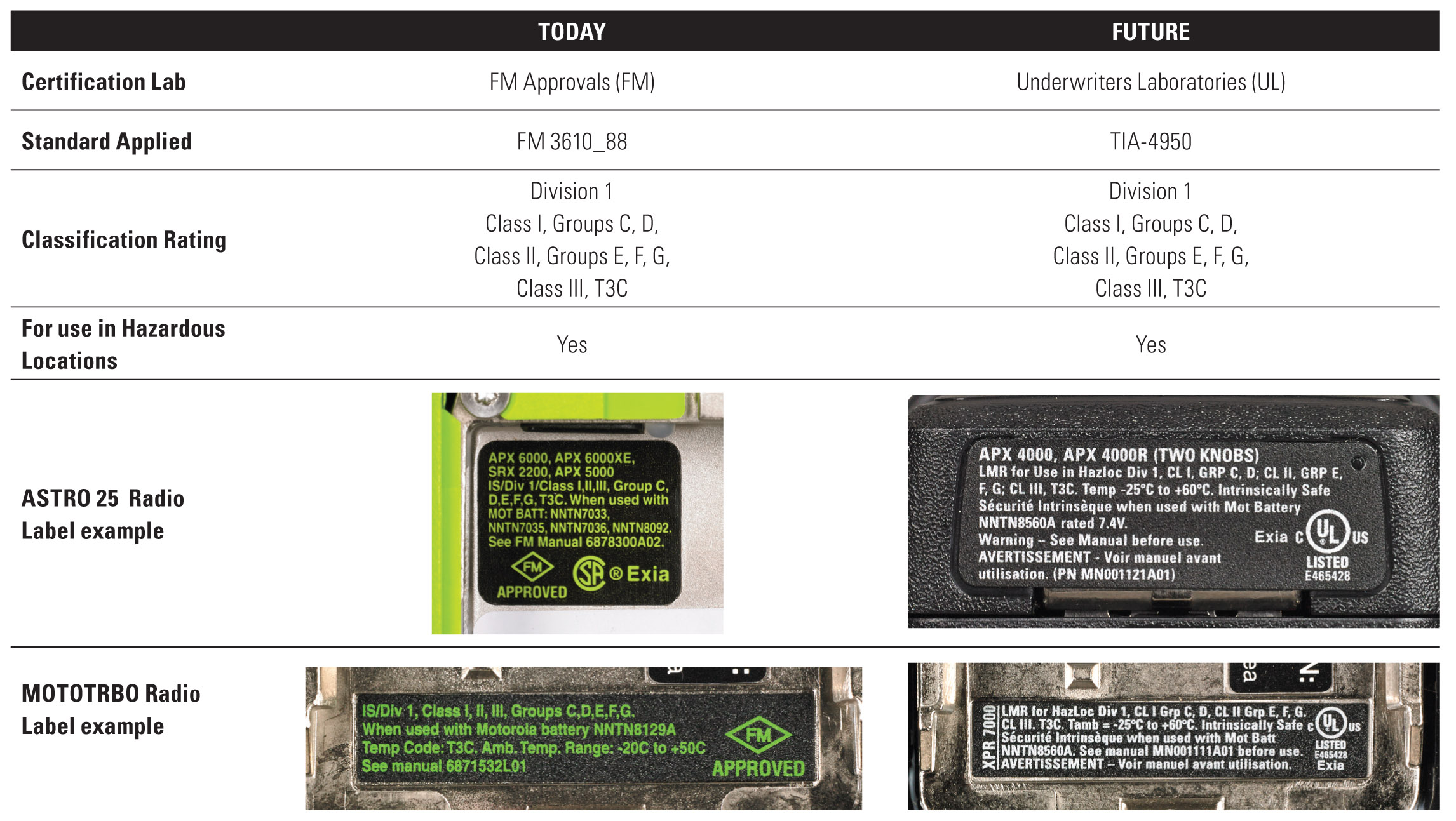 For those currently using Intrinsically Safe two-way radios approved to the FM3610_88 standard, there are some changes being made by Motorola Solutions that will directly impact you.

The FM3610_88 may only be manufactured through the end of December 2015 - at which point the switch from FM to UL will begin. To help you understand this transition and what it means for you, here are some frequently asked questions and answers about the change.

What does “Intrinsically Safe” actually mean?

According to the National Electrical Code (NEC), “intrinsically safe” is an equipment design protection method for Division 1 which encompasses hazards that may be present under normal operating conditions - or,  frequently present during repair or standard maintenance work.

This term is especially relevant for those who operate in what are known as “hazardous locations.” These locations are areas where fire or explosion hazards may exist “due to flammable liquids, combustible dust, or ignitable fibers or flyings,” according to the NEC.

What is changing here?

Basically, Motorola is adapting a new standard for Hazardous Location certification of two-way radios, known as TIA-4950. It is very similar to the current FM3610_88 standard, but modernized for today’s hazardous locations.

This is actually the same classification rating as FM3610_88. 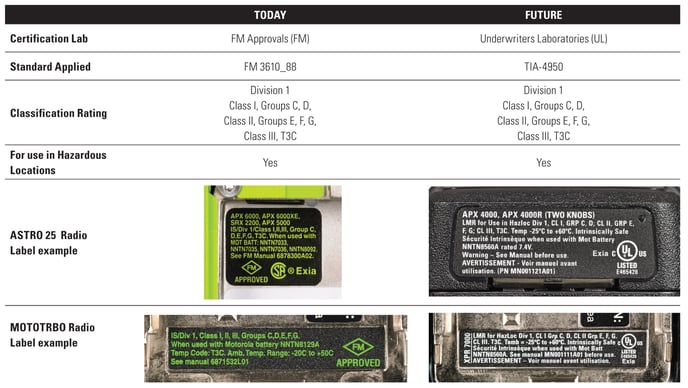 Can I still use my FM radios?

In short - yes. Because there are no known safety issues with FM3610_88 two-way radios, currently deployed FM approved radios will maintain their FM Intrinsically Safe status (that is assuming any repair or service work needed is completed at an FM audited facility). You can even still purchase FM approved battery and accessory replacements if you need them.

It is important to note that radios certified to FM3610_88 will be phased out of production in December 2015. So, while you can still safely use your FM radios, they are being phased out in favor of the new UL approved options.

If I get the new UL radios, can I use my FM batteries?

No. This is because FM and UL approve two-way radios by the system, not the part, meaning the UL batteries are approved for only the UL radios, and same goes for FM units. If you were to use an FM battery on a UL radio, for example, the certification would not be valid.

How can I tell if a radio is FM or UL?

It is actually pretty simple. UL approved two-way radios will have a new UL label on them (see above) - if no UL label is present, the radio is not UL approved.

What steps should I take now?

If you have any questions about this transition, it is important to contact your trusted communications partner to learn more.

If you would like to learn more about finding the best (approved) radios for your organization, contact Chicago Communications today.