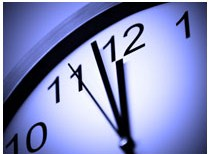 How long will a radio last during the day?

Battery capacity and the duty cycle of the radio will determine talk time. Typically a radio AT MINIMUM should last 8 hours. Over the years as batteries age, their ability to meet the customers requirements diminish and the batteries need charging during the shift or workday. New technology such as Motorola’s Impress battery systems enhances battery life as the charging systems are intelligent and adjust the charge rate for the type of use. Battery technology changes over the years have led to increased battery life as well.

Digital is a process to modulate the radio channel or frequency using data instead of traditional analog voice. By converting ones voice into a data stream and sending it over a radio channel we can improve the ability of the signal to be decoded and reproduce the audio at the other end to be heard. All cellular systems today use digital technology. Two way radios have both analog and digital. Digital affords some additional benefits such as a two for one channel usage. Thus one frequency or channel will allow you two simultaneous transmissions. This may allow for reduced costs in radio equipment. 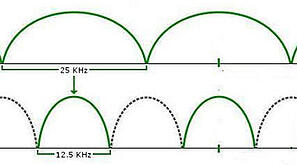 In a nutshell the frequency spectrum for two way radio communications is full. In order to achieve greater spectrum efficiency, the FCC has mandated that the bandwidth of a radio channel be cut in half. It is actually quite a bit more technical than this, but this was the layman’s terminology. Narrowbanding can be as simple as a programming change or as complicated as a system replacement.

What is the Narrowbanding Mandate of January 1st, 2013?

All radios below 512Mhz must be narrowbanded by that date. Refer to our website www.chicomm.com for more in-depth information.

What improvements have you seen with other customers going from analog to digital?

We have seen an increase in coverage and the ability to gain an extra voice path by going to digital.

Can you make my existing radios work with the new radios you are offering?

Again, this depends on the situation, what radios you have and what radios you are acquiring. Old radios can talk to new radios as long as they are programmed the same and on the same bandwidth. The exception is that Digital radios cannot talk to Analog radios.

Can my Vertex Radio work with a Motorola Radio?

In most applications yes. If your Vertex Radio is digital and the Motorola radio analog, then no.

What is the difference between Li-ion batteries & Ni-MH batteries?

Lithium Ion batteries are lighter in weight  and can provide more power, but tend to cost more.

Nickel Metal Hydride batteries tend to be cheaper than Li-ion but are more prone to memory effect.

What is Memory Effect on a battery?

Memory effect is an alleged effect on certain rechargeable batteries that causes them to hold less charge. It describes the situation when batteries gradually lose their maximum energy capacity if they are repeatedly recharged after being only partially discharged. The battery appears to "remember" the smaller capacity. The source of the effect is changes in the characteristics of the underused active materials of the cell.

Do I need a FCC license?

With all of our two way radio solutions, Chicago Communications recommends obtaining an FCC license. As we can assist you in getting licensed, we are not a licensing coordinator. We use several companies that do nothing but coordinate and seek out frequencies or channels for our customers. Visit http://www.fcc.gov/business-licensing for more information. 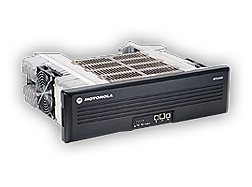 What is a repeater?

A repeater actually has a different transmit frequency than the receiver frequency. Typically a repeater is higher in power and is placed higher on a pole or tower to gain some antenna height. As radio signals typically travel only so far, a repeater will receive those signals, re-amplify them at a higher power and rebroadcast them at a taller height thus gaining the user extended range as opposed to a radio to radio solution.

What is a base station?

A base station is typically a fixed piece of radio equipment that has a radio and a power supply. This is usually controlled by an operator. Base stations typically have higher power than a portable and thus have greater range.

Have a question that isn't listed here?