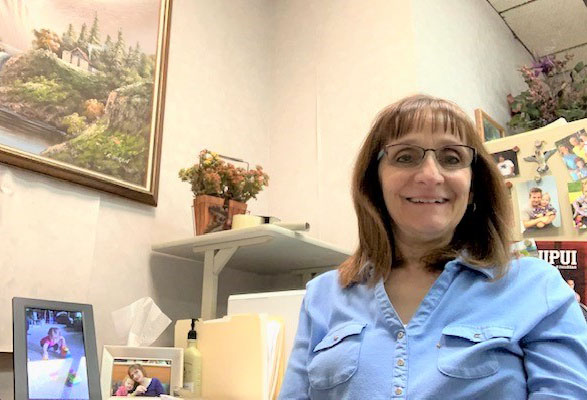 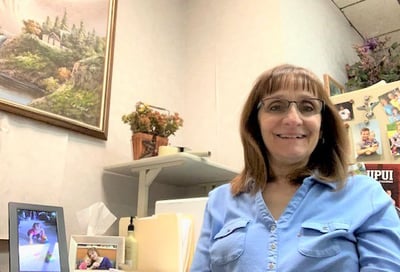 Julie Shannon has witnessed many changes during her long career in the communications industry.

Before becoming a member of the Chicago Communications team in April, She spent 28 years serving in many different capacities at Miner Electronics: purchasing, receiving, dispatching, invoicing, and even doing payroll.

She also knows more about equipping squad cars than almost anyone around.

When Chicago Communications acquired Miner Electronics, Julie and other team members came on board, bringing a wealth of knowledge and experience.

When Julie started working in the industry, much of the business focused on repairing two‑way radios. When she worked in the dispatch department, she was often sending people out to repair radios on trains, buses, and taxis. “We probably had five bench techs that spend all day long repairing radios,” says Julie. “We don’t have that anymore. The business has changed a lot.”

These days, Julie still helps customers with two‑way radios, but they are often a part of integrated communications and security systems. The industry has expanded dramatically, and Julie has watched it all from a front‑row seat.

Julie’s husband served in the U.S. Army, so the couple lived in Germany, Georgia, and Virginia before settling in Cedar Lake, a 30‑minute drive from Chicago. He is also a member of the Chicago Communications team.

When her husband left the military and their son was in school full time, Julie attended Sawyer Business College before launching her career at Miner Electronics.

Many components go into a squad car, and one of Julie’s favorite parts of her job is purchasing the equipment that makes squad cars safer and more connected. She puts the orders together after a designer provides drawings and a list of components. Then she helps choose vendors for each part. “I purchase it all when it comes in,” says Julie. “And when it comes in, I put it all together. Sometimes they can take six weeks to build.”

Julie’s collaborative attitude has her always looking out for the sales team, helping them determine accurate costs for sales orders and locating products to best serve the customers.

Julie believes the merger between Miner and Chicago Communications has allowed the company to serve a larger area and expand its customer base. “There’s more gaps that will be filled,” she says. “I feel like it’s the best of everything right now.”

She enjoys a challenge, such as helping maximize the efficiency of a 911 dispatch center. “We’ve even done the furniture in the 911 centers: the desks, chairs, whatever they need,” she says.

Public Safety during the Pandemic

Miner Electronics experienced some staff reductions during the pandemic, but Julie and her husband continued working in the office. “I was grateful for that because I just couldn’t stand the thought of just being at home,” she says. “We worked through the whole thing, and I’m just forever thankful that I got to be here and work.”

Even though many colleagues worked remotely, the doors needed to stay open, she says, to protect public safety. “We deal with a lot of police officers and ambulances,” she says. “We have to be here to take care of them.”

Julie’s grandchildren live in Alabama, and before the pandemic, she enjoyed visiting them. She looks forward to doing so again. She is caring for her aging mother in their home, and needs to be extra cautious to protect her health.

Julie says if she were stranded on a desert island, the one food she would bring would be peanut butter. “I could live on peanut butter.”