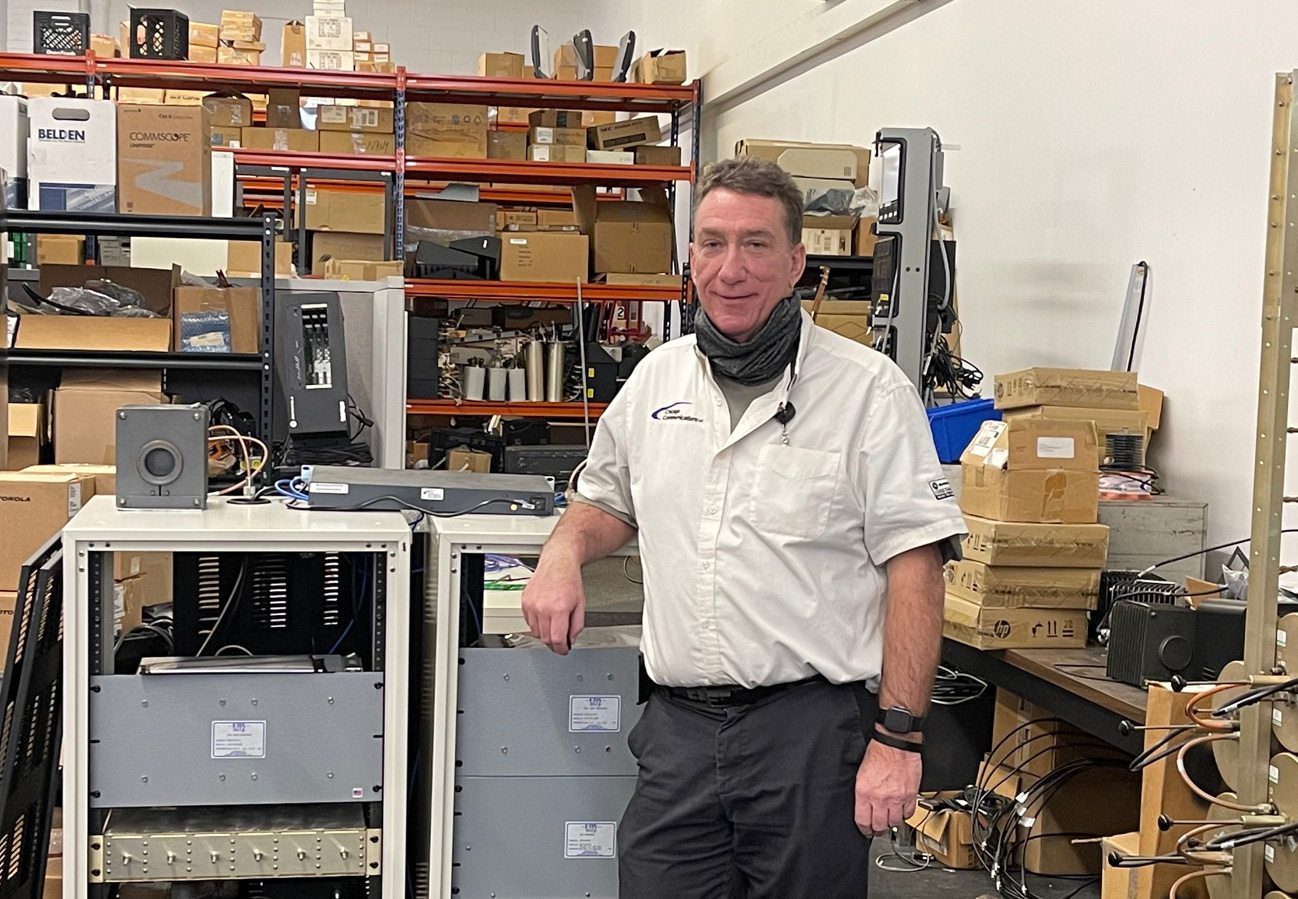 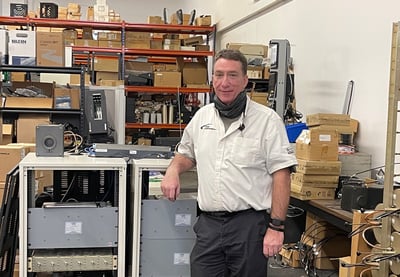 John Larson has been a member of the Chicago Communications team since 1996. Even after nearly 25 years on the job, John says no two days have been the same.

“It’s not boring,” says John. “Every day is different because different problems come up every day. Some more intense than others, but it’s always different, every day.”

John works primarily in installations managing projects and technicians. When the sales department completes their sales process, or when Motorola has a new product, they head to John first.

Technically you could call John a project manager, but he says that title doesn’t really fit because he wears a variety of hats. For instance, he’s also the main point of contact for Motorola’s product installations and products from other vendors as well.

“Regardless if I have to send a couple guys out there, they know they can contact me and I’ll keep things on track,” he says.

During his 20s, John worked for himself as an electrician and as a subcontractor for a few years. After working for a company that did not offer health insurance, John went back to school in his 30s and completed an Associate's Degree in Electronics.

“Then ChiComm was hiring and someone suggested I interview,” says John. “My past proven ability to work on my own was one of the reasons they hired me.”

John’s independent work style may have gotten him hired, but his ability to problem solve and assess existing work conditions with care makes him an invaluable team member. Because ChiComm works with public safety and maintains equipment that’s used in 911 operations, John says he’s often careful to consider the larger ramifications of his work.

“There’s always contingencies, but you have to be careful because they want to know that when they call you, they’re going to get a solution,” says John. Many times that involves “figuring out what’s wrong” and “what went wrong”.

Right Person for the Job

John’s work as a liaison between vendors, technicians and customers in the field means that most times, he needs to know everything about a situation in order to relay information to other team members.

“Techs have to know a lot of background information when they go out there and it’s my job to understand and communicate all of that and make sure they understand it,” says John.

The Association of Public Safety Communications Officials (APCO) welcomes nominations for public safety workers who have gone above and beyond in their leadership, commitment, and support of public safety communications. Last year, after being nominated by some long‑time customers, John was named 2020 Illinois APCO Technician of the Year!

John says that from his experience, customers have a good feeling when something is completed. The more you are able to work with and solve customer problems, the more they get to know you, “so when you walk in the door they’re comfortable that they have the right person on the job.”

Life Outside of Work

When not working, John’s easy life definitely involves being in the sun. If it can be done outside in the summertime, then you can count John in.

He enjoys any summer‑related activities, really. He golfs, rides his bike, and exercises a lot. He also likes to visit the Gulf Coast and Florida. He’s been to Hawaii, “but that’s a long flight, so if I want to go someplace warm, it’s Florida.”

As for three things John can’t live without, tops on the list are baseball, pizza and, of course,  summer.