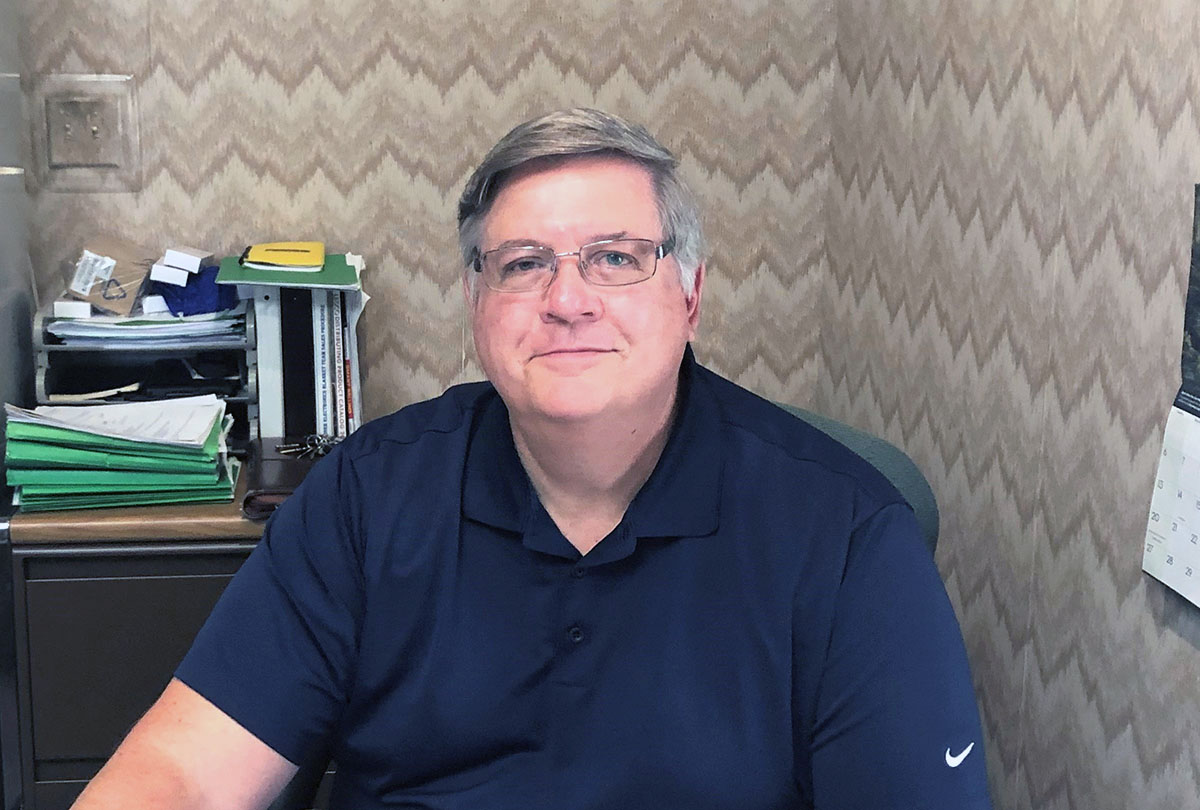 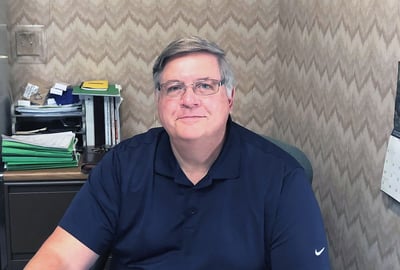 One of Chicago Communications’ newest team members is also one of the most experienced.

Jim Lameka has been a member of the Chicago Communications team since early 2021. But his “temporary” job with Miner Electronics lasted more than 27 years.

Chicago Communications merged with Miner in April, joining the two top‑notch teams together.

As a veteran salesperson, Jim has enjoyed watching the industry change and grow over the last three decades.

Jim recounts with pride all the customers he has helped in the past three decades.

“You look at a police officer, and he has a radio and a mic— that’s what I do. From there it evolves. It’s not just security, but schools, shopping malls, you name it. I’ve sold radios to mom‑and‑pop hot dog stands, farm stands, and universities.”

Since the merger, Jim is enjoying the expanded equipment options available from Motorola. “I have more options available: more video, more analytics, a wider coverage area. And that’s just rejuvenated me,” he says. “It makes Mondays very variable, let’s just put it that way.”

Jim is a self‑described “car geek” who has an endless curiosity for “anything mechanical.”

“There’s just so much technology that’s out there,” he says. “When I first started at Miner, our logo was ‘I want to know what keeps you up at night.’ It was interesting talking to customers and talking to people, saying, ‘Well, I have this problem.’ I can help you with that. We can do more.”

This infinite variety of technology that is continuously evolving keeps Jim energized and engaged. “I have more to offer. I have more to learn. I feel like I’m starting school all over again, and that’s fine and dandy. This is state‑of‑the‑art.”

One of the things Jim loves best about his job is the variety. “Every day is different,” he says.

Some of his most memorable moments involve troubleshooting with customers at various locations. He once jumped into an empty grave in a cemetery to test the radio reception.

Another time, his car was submerged because the road was washed out by a flood. A fire department once called to say a radio had melted.

“My very first appointment with the local police department was memorable because it was terrifying,” says Jim. “I literally meet the new dispatcher, and she’s showing me around, and 15 seconds later, every alarm is going off because an officer was just shot. And I’m like, ‘Oh, my gosh: This is Day One!’”

The communications technology business is not for people who want to wake up knowing what each day will bring, says Jim. “If you’re someone who’s rigid and structured, this is not a job for you, not a career for you. You will lose your mind.”

For example, he recalls a customer early in the pandemic calling to say all their radio equipment had been stolen. “I had a day planned. I was working with my guys, getting them some demos, getting other things going. So everything that I had to get accomplished that day was done at about one o’clock in the morning,” says Jim.

But he wouldn’t have it any other way. Jim recently turned 58, and he feels like his career keeps him at the top of his game. “You hear these horror stories of people in their late 50s, losing their jobs. But I feel like I’m starting over again. It’s awesome,” he says.

A Passion for the Depths

When not working long hours with customers, Jim has spent time coaching football, and served as an assistant Scoutmaster for 11 years.

The three things Jim couldn’t live without are his family, “being a good mentor,” and scuba diving.

Without a doubt, his biggest passion is diving. He’s dived in the Great Blue Hole near the coast of Belize, where he and his son were close enough to touch an 18‑foot tiger shark. They also encountered a Great white shark, a Hammerhead, and a giant Manta ray. He also dove in the Great Barrier Reef in Australia.

But his most harrowing dive was much closer to home— 300 feet off Navy Pier in Lake Michigan. “It was the most horrifying dive of my life,” he says. “You couldn’t see a foot in front of you, and my dive partner and I swam into the propeller of a boat. Obviously, the boat was sunk.”

The COVID‑19 pandemic scuttled family plans to scuba in Thailand, but they have a plan to dive with Great white sharks off the coast of South Carolina next August.

“I find my faith in the middle of the ocean. Just floating after a dive,” says Jim. “My bliss is the water.”