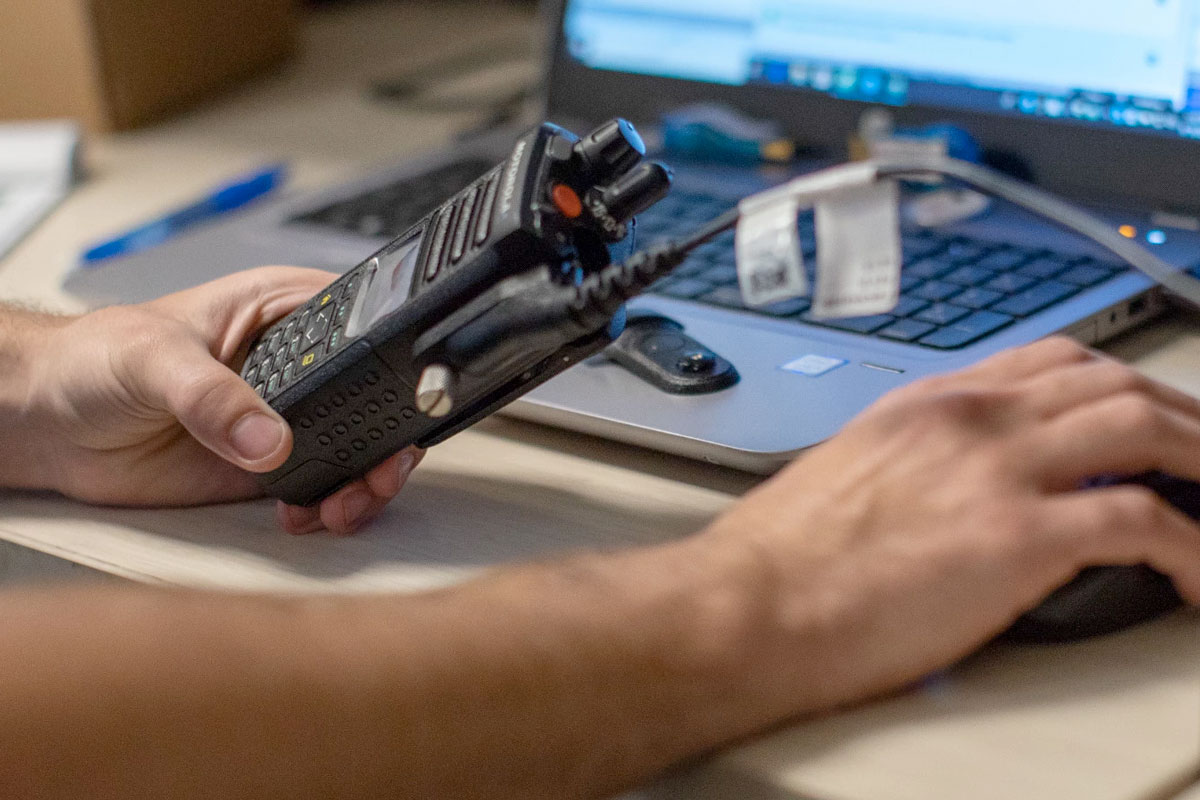 What You Need to Know about Programming Two‑Way Radios 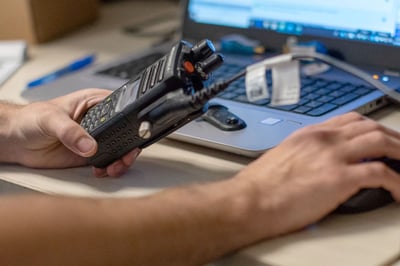 Investing in two‑way radios is a smart and responsible decision, whether you’re in manufacturing, education, healthcare or hospitality. Even with the sophistication of the technology, it’s common to think devices like two‑way radios will work as needed for your specific industry right out of the box.

While some programming can be done in‑house, in most cases, you will need a licensed two‑way radio services provider to do the programming in order to have a functioning communications solution. With two‑way radios, programming is everything. It’s how you teach your radios to work for you. A single button on a two‑way radio can be programmed to do dozens of different things.

It usually works best to purchase the radios from a licensed provider and have them do the programming. They can often program your radios in as short a time frame as one day if you’ve given them thorough information about how the radios will be used.

Below, we answer some of the most important questions about programming your two‑way radios for businesses, educational institutions, healthcare, and manufacturing. (Public safety radios use a different process.)

How much programming is needed

Based on the model and what you need it to do, there may be minimal or extensive programming needs for your two‑way radio.

Many lower‑end models used by small businesses or retailers are designed to operate on specific frequencies and are pre‑programmed at the factory with a choice of programmable options for the end user. This prevents the end user from tampering with many of the functions and settings. These still require some programming, namely, setting the radios for the correct frequency.

Some industries warrant more flexibility and customization in frequencies and their parameters of use and thus a fully programmable two‑way radio is preferred. Higher‑end two‑way radios can be programmed by a radio professional through the units themselves or through a computer. These radios must be programmed before they can make or receive calls.

Functions of a programmed radio

Programmable two‑way radios can be programmed as a base or repeater, which can increase operating range. They can also be set up for communications among specified users or on customized channels.

Some programmable two‑way radios also give the end user the ability to change configuration settings to turn scan functionality on or off, alert another mobile radio, turn on an outside speaker or select repeater locations.

Two‑way radios can also provide a backup system for communications in the event cell phones or landlines fail.

Every business and agency has different needs when it comes to communication. You will need to tell your provider what you need to do with your radios in order to have them successfully programmed to do as much for your team as possible.

Be prepared to answer these questions for your provider, in as much detail as possible:

If you plan to have your internal technology department program the radios, ask if your provider can serve as consultants for optimal programming success.

Often businesses, agencies, or individual users that have used a radio model previously will find that their new radio of the same model doesn’t work as they expect. That is to say, it doesn’t operate the same way the old one did or can’t perform the same functions from the same inputs. That is because it hasn’t been programmed the same way. But that can be fixed.

Qualified two‑way radio service providers have the most up‑to‑date software and firmware for programming radios. If you are updating your radios, always make sure to provide one of your old radios to your provider. They can replicate the previous programming onto new radios using what is called the code plug from the old radio.

If you’re sure the radio is correctly programmed and are still experiencing problems, here are some two‑way radio troubleshooting steps to take:

Getting the most from your two‑way radio

Cutting corners on programming can lead to communication problems or even emergencies, so it’s a good idea to make sure your two‑way radios are programmed by a licensed two‑way radio services provider. Then you can rest assured that your radios will serve your communication needs.