Change is Inevitable…Even for Public Safety

The advancement of technology comes with major overhauls in terms of how we communicate and learn, what keeps us safe, and how things are made. One of the biggest technological advances within the past decade is something we all probably see on a daily basis on our commute: Public Safety vehicles. 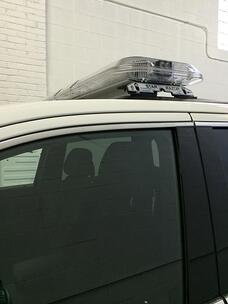 We’ve transitioned from a single light on the hood of the car, to the multiple individual lights, to a light bar, and now LED lighting. Some of these advances you might not have ever encountered, such as communication equipment and computer technology equipped within the vehicle.

These technology changes not only required police officers to learn to operate new equipment, but have also posed a challenge for the installers of said equipment.

Mike Falls, installation coordinator here at Chicago Communications, has noted the difference in how equipment has to be installed in today’s public safety vehicles, as opposed to those from nearly a decade ago. What’s the biggest change? How the vehicle is put together, thus is changing how installers have to take it apart to install radio equipment, computer systems, and light fixtures in the car.

“On a Crown Vic (25 years ago), the corner lights in the front were easy to take off and add strobe bulbs. The siren speaker mounted behind the grill. Now on most of the cars, you have to remove the whole front assembly to mount a speaker or add lighting,” Mike said.   Not to mention, there is much more equipment that needs to be added to the car, such as cameras, than in previous times.

Just as in almost every general electronic upgrade, public safety vehicles are switching to a wireless version of themselves. Now the files captured from these newly added cameras can be downloaded wirelessly, which requires technicians working on the vehicle to install additional antennas. Likewise with the computer system; it also requires an external antenna for the wireless connection.

Some may think technicians can “just learn the technology as it emerges”, but in most cases that is easier said than done. Yes, these technicians keep their skills sharp through certifications, practice, and classes, but applying these techniques has to be done when a department is in need of an upgrade. Departments typically replace a squad car about every 10 years…and that’s when the equipment typically gets upgraded. Obviously what was cutting edge 10 years ago is ancient history today. So, technicians have to be skilled in both old and new products alike- which can be both intimidating and challenging. 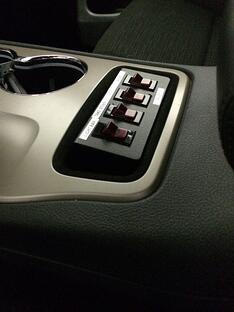 Another trial technicians face is the daunting conception of meeting a deadline. Think about how often we complain our internet is too slow, our oil change wasn’t done in the allotted 10 minutes, or our food is taking a little too long to cook. With technology advancement comes increased speed, and less wait time. If only this could be applied to installation of equipment in a police vehicle. With the aforementioned changes in installation due to more and more challenging equipment, more time needs to be allocated to installation. Mike said meeting a deadline was challenge number 2 for today’s install on a police vehicle, “Some of the cars take more than a week to install because the squads today have so much lighting and so much equipment.”

When Mike first started working on public safety vehicle installs, a full squad car took approximately 48 hours tops. This included a installing a light bar, front and rear wig wags, two radios, and a siren. He would also stripe the cars, add a “SHERRIFF’S POLICE” label on the fenders, and add decals to the doors. This changed a regular Crown Vic or Impala into your common squad car.

Fast forward some years and now technicians require two days for just the siren, radios, and some lighting. Augment this with a light bar, corner L.E.D.s, siren, console, radios, Opticom, camera, front and rear radar, cage, gun lock, printer, computer, ignition override, extra lights when you open the back hatch or the trunk, and it can take about seven days.

So next time you pass a squad car, or any public safety vehicle for that matter, you might be able to appreciate what went into not only putting that one car together to protect your safety, but an entire department’s worth of cars!