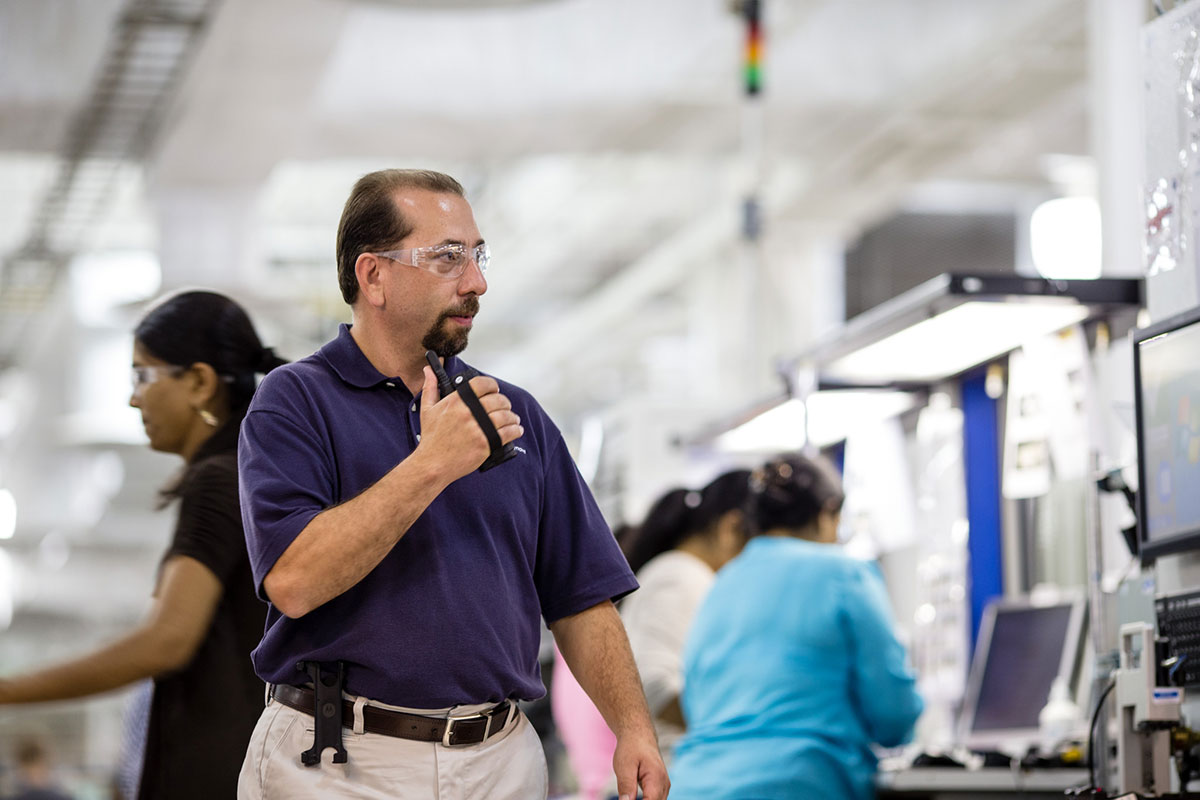 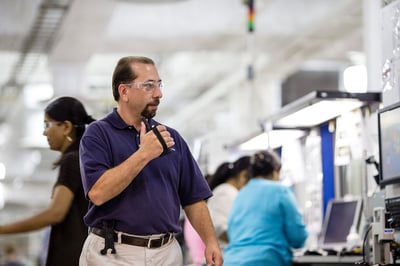 This buyer’s guide provides an overview of how different digital two‑way radio communication systems work. While a qualified two‑way radio service provider is an important partner in finding the solution for your team, this guide can get you started with your research.

This method describes one radio talking to another radio on the same frequency, on either the 150 MHz or 450 MHz band. 150 MHz works well in open rural areas or suburbs. 450 MHz radio‑to‑radio works well in an urban environment, but its limitations become apparent in antenna height and radio power.

Typical antenna heights are at a person’s mouth level talking into the radio, so assume 4 to 5 feet. The power of radios is usually 4 watts. The farther away the radios get from each other, the signal degrades and the radios don’t communicate. A radio‑to‑radio configuration can achieve 1 to 2 miles depending on obstructions.

This system is a capital expenditure with upfront equipment costs and a yearly maintenance contract.

This method uses a high‑power radio (50 to 100W) positioned in the middle of the coverage area of radios.  The antenna is usually higher for these radios, either on a tower or rooftop. By obtaining a second FCC radio channel, the first portable can talk to the repeater.

This system is a capital expenditure with upfront equipment costs and a yearly maintenance contract. In addition, the repeater locations may require yearly leases.

Trunking allows a greater number of users on a radio system. In essence, it is a repeater system, but by adding some controlling equipment, you can put several repeaters together and increase the number of users sharing the radio channels. Similar to a repeater system, this system is a capital expenditure with upfront equipment costs and a yearly maintenance contract, and the repeater locations may require yearly leases.

For over 50 years, communications systems were primarily analog radios, where one person pushes a button to talk (also known as PTT) to a second person or group. This allows 1:1 or one to many communication instantly. However, our current digital age requires digital solutions to ensure that efficiency and productivity are not compromised.

The same basic radio principles apply with regard to height and power. The higher the antenna, the farther signals can go or the higher the power, the greater the signal penetration into buildings and such. In addition, with MOTOTRBO, trunking this type of digital system opens up so much more:

This system is a capital expenditure with upfront equipment costs, yearly maintenance and the repeater locations may require yearly leases. With recent configurations, Chicago Communications can offer a managed services approach with these systems. We recognize that budgets are tight and we can offer long term leases or an operational expense model may better suit your business needs.

Voice over LTE (also referred to as VoLTE)

Motorola created the TLK series radios, which are much like cell phones without all the bells and whistles. It acts like a two‑way radio, but it uses the Verizon Wireless cellular network. In essence there are very few locations that the Verizon signal does not cover. With radios typically covering locally, Verizon can cover state and nationwide.

The benefits of this system are as follows:

More of an OpEx Model with a monthly device payment, like cellular at a lower price. Compared to a cell phone, the TLK series radios are generally priced lower than a higher tier radio. The cost of a cell phone is typically higher in either the contract price or the actual purchase of the device.

TLK devices can be integrated into MOTOTRBO systems which allows for local coverage on a business property and creates a wide area channel that exceeds all radio applications in the market today.

Finding What Works Best For Your Business

Every communications system has its place. Determining your needs is the first step to understanding which application may best serve your purpose. Here are some main points to keep in mind in finding the best solution for your team: